It was reported recently that the TSA has created a list to track so-called “troublesome passengers.” If this is true, why can’t American citizens do the same or even sue TSA agents, who are especially troublesome, like the ones who harass kids and little old ladies in airport security lines?

When I was in Congress and had to regularly fly between D.C. and Texas, I was routinely subjected to invasive “pat-downs” (physical assaults) by the Transportation Security Administration (TSA). One time, exasperated with the constant insults to my privacy and dignity, I asked a TSA agent if he was proud to assault innocent Americans for a living.

I thought of this incident after learning that the TSA has been compiling a “troublesome passengers” list. The list includes those who have engaged in conduct judged to be “offensive and without legal justification” or disruptive of the “safe and effective completion of screening.” Libertarian journalist James Bovard recently pointed out that any woman who pushed a screener’s hands away from her breasts could be accused of disrupting the “safe and effective completion of screening.” Passengers like me who have expressed offense at TSA screeners are likely on the troublesome passengers list.

Perhaps airline passengers should start keeping a list of troublesome TSA agents. The list could include those who forced nursing mothers to drink their own breast milk, those who forced sick passengers to dispose of cough medicine, and those who forced women they found attractive to go through a body scanner multiple times. The list would certainly include the agents who confiscated a wheelchair-bound three-year-old’s beloved stuffed lamb at an airport and threatened to subject her to a pat-down. The girl, who was at the airport with her family to take a trip to Disney World, was filmed crying that she no longer wanted to go to Disney World.

The TSA is effective at violating our liberty, but it is ineffective at protecting our security. Last year, the TSA’s parent agency, the Department of Homeland Security (DHS), conducted undercover tests of the TSA’s ability to detect security threats at airports across the country. The results showed the TSA staff and equipment failed to uncover threats 80% of the time. This is not the first time the TSA has been revealed to be incompetent. An earlier DHS study found TSA screenings and even the invasive pat-downs were utterly ineffective at finding hidden weapons.

The TSA’s “security theater” of treating every passenger as a criminal suspect while doing nothing to stop real threats is a rational response to the incentives the TSA faces as a government agency. If the TSA puts up an appearance of diligently working to prevent another 9/11 by inconveniencing and even assaulting as many travelers as possible, Congress will assume the agency is doing its job and keep increasing the TSA’s budget. Because the TSA gets its revenue from Congress, not from airline passengers, the agency has no reason to concern itself with customer satisfaction and feels free to harass and assault people, as well as to make lists of people who stand up for their rights.

Congress should end the TSA’s monopoly on security by abolishing the agency and returning responsibility for security to the airlines. The airline companies can contract with private firms that provide real security without treating every passenger as a criminal suspect. A private security firm that assaults its customers while failing to detect real dangers would soon go out of business, whereas the TSA would likely have its budget and power increased if there was another attack on the U.S.

If shutting down the TSA is too “radical” a step, Congress should at least allow individuals to sue TSA agents for assault. Anyone who has suffered unfair treatment by the TSA as a result of being put on the “troublesome passengers” list should also be able to seek redress in court.

Making TSA agents subject to the rule of law is an important step toward protecting our liberty and security. 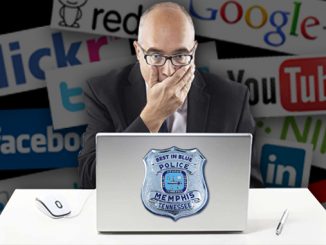 Police Use Social Media to Snoop

3 Comments on Why Can’t We Sue the TSA for Assault?