Unfortunately for private landowners, environmentalists, and liberty lovers who believe eminent domain is being abused on behalf of big energy companies, the governor of Texas made it illegal to protest energy pipelines.

Texas Gov. Greg Abbott (R) on June 14 signed into law H.B. 3557, criminalizing protests against energy pipelines. Environmentalists, landowners, and others had fought to stop the bill, but corporate owners have a lot of legal weight to throw around when they want to access private property through eminent domain for laying more pipeline sections.

For years, Julia Trigg Crawford of Direct, Texas, has opposed running the southern artery of the Keystone Pipeline through a corner of her 600-plus acres. She told AFP July 8 that since the judicial system as a rule won’t help individual landowners, based on her own rather bitter experiences in court, that means protests are often the sole remaining avenue with which citizens can try to make a difference.

This does not mean ALEC is bad in all cases. The organization opposes gun control and illegal immigration, though it also opposes labor union power and is believed by some to go too far in its efforts to cut environmental regulations.

A passage at the “RightsAndDissent.org” website states, “H.B. 3557 is the Texas version of model legislation developed by [ALEC] in response to the Dakota Access Pipeline protests and other oil and gas-related demonstrations in recent years. The bill adds significant criminal penalties to any protest activity which destroys facilities or impairs or interferes with the operations of ‘critical infrastructure.’ ”

The late, great inventor and experimenter Nikola Tesla showed us long ago that our energy alternatives are much broader and infinitely cheaper than even the alternative-energy industry will admit. So-called “fossil fuels” could have been demoted long ago had Tesla’s insights on free energy for all not been suppressed. As it stands, hydrocarbons will be with us for the foreseeable future, even though automotive magnate Henry Ford’s wife Clara had an all-electric car in 1914—now on display at the Henry Ford Museum in Dearborn, Mich.

While I believe that no one should advocate the malicious destruction of pipeline equipment causing undue delays in the U.S. meeting its energy needs to cut dependency on foreign energy sources, there are already laws on the books regarding trespassing and defacement or destruction of property.

As long as certain state lawmakers and our courts continue their biased approach, the empowered corporations will lack the incentive to properly reimburse and treat fairly the landowners in eminent domain cases; nor will they seek new ways to power our country that would avoid the reasons for protest altogether. 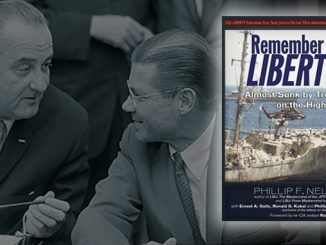