One longtime firefighter says something else besides “global warming” is at play here.

Recently retired Fire Capt. Matt Dakin does not hesitate when he insists that the wildfires that have been raging and ruining California are, for the most part, not conventional fires at all. Dakin served in the San Ramon Valley Fire Protection District and several other fire units for over 30 years.

At an absolute minimum, he said, “the authorities have been standing down” in some instances, thereby allowing the fires to worsen and spread unprecedented destruction and death. Known cloud-seeding technologies that could have been applied to bring rain in time to dampen the fires have been completely ignored, he told AFP for an exclusive.

“They had Operation Popeye, now declassified, way back in Vietnam, seeding the clouds [with special flares] to make it rain on the Ho Chi Minh Trail to slow down North Vietnam’s military advances,” Dakin told this writer.

This writer had confirmed that fact at a December 2016 Freedom Force International conference in Arizona that included talks on weather modification and weaponization.

Another bizarre circumstance in California came about when the most recent “Kincaid Fire,” as it’s known, came within a mile or so of Dakin’s Sonoma County home amid warnings of high winds—the infamous Santa Anna winds—coming to the area in a couple days, a situation that should have prompted authorities to seize the window of opportunity ahead of the coming winds and fight the fire to keep it from spreading.

But that crucial advance firefighting never happened, said Dakin, who on Oct. 25 could see the fires over a ridge, with the smell of smoke worsening by the moment. “A news crew was prevented from entering the area in their van, which I feel happened to prevent them from seeing that the fire was not being fought while there was still time,” Dakin said.

Dakin noted other strange phenomena related to these fires. The “Tubbs Fire” of 2017 in Sonoma County reduced virtually every house to its foundation with only “powder” remaining throughout. Yet the surrounding trees remained largely intact and green and household appliances weren’t left a hollowed-out metal shell, as is often the case in a conventional fire; rather, the appliances were completely gone. Every house was destroyed to the same degree and in the same manner.

The same fire somehow “jumped” six-lane Highway 101 and burned other neighborhoods as well while “completely destroying a fully sprinkled K-Mart.” Dakin added that such

buildings, with their “concrete-tilt-up” construction design, are “built so they don’t just burn up.”

In the 2018 “camp fire” that totally destroyed the city of Paradise in Butte County—which with unprecedented speed and fury killed at least 86 people and destroyed some 19,000 structures, 14,000 of which were homes—various trees and manzanita bushes appeared to have burned from the inside out, even including individual trees that were isolated in asphalt parking lots away from the main fires. Oftentimes, the strange internal fires would start at the bottom, seemingly from the inside of the roots.

“One of the things that worries me the most is the weaponization of the weather, but nobody talks about it,” Dakin said, adding that apparent aerosol injections in the atmosphere, resulting in what many call “chemtrails,” need to be further investigated just as alleged clandestine weather alteration needs to be further probed.

“I’m speculating, but this stuff points to a lot of good information I have,” Dakin said of these possible causes, while adding that the normal hydrological cycle is interrupted via atmospheric spraying, which completely dries everything out and turns it into a tinderbox.

“And then they blame it on climate change. It’s maddening,” he said. 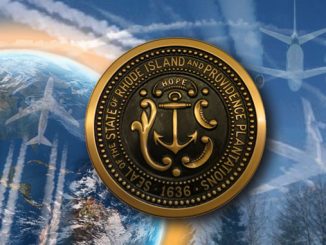 18 Comments on Something Not Right With CA Wildfires