Although recent high-profile mass shootings in Colorado and Wisconsin have renewed calls for stiffer gun control legislation, at least one segment of American society isn’t falling for the hype. Across the nation, gutsy senior citizens are not only arming themselves at a record pace, they are also putting those guns to work in defense of themselves and others.

In Early, Texas, 66-year-old Vic Stacy is being hailed as a hero after using his .357 magnum pistol to save the life of a local police sergeant who came under fire from a deranged gunman.

The incident unfolded on July 29, when Charles Conner shot and killed two of his neighbors at the Peach House RV Park over a dispute about dogs defecating on his property. Stacy, also a resident, heard the gunfire and went out to investigate. That’s when he noticed that Conner, armed with a rifle, had the first arriving officer pinned down behind his patrol car and unable to return fire.

“And I thought he was fixin’ to kill that boy,” Stacy later told the Brownwood Bulletin. “And that’s why I squared off and hit him in the leg and knocked him down.”

According to Houston’s KHOU, “Police estimate Stacy was shooting from as much as 150 feet away.”

The gunman then allegedly turned in Stacy’s direction and put another round in the chamber to take a shot at him. “And that’s when I put three more in him,” said Stacy.

Heroic acts by armed seniors are becoming the norm, rather than the exception. On July 13, Samuel Williams, 71, exercised his Second Amendment rights to foil a robbery attempt at the Palms Internet Café in Ocala, Florida.

Armed with a .380-caliber handgun, Williams opened fire on two black teens who stormed the crowded cafe brandishing a firearm, a baseball bat and allegedly yelling, “Don’t any of you [expletives]move.”

Surveillance video shows Williams taking multiple shots at the assailants as they scramble to flee the scene. Both teens were injured in the melee. They were later arrested and charged with attempted armed robbery and felony criminal mischief.

Lady seniors have recently shown that they can be just as brave as their male counterparts. On August 2, an armed 65-year-old woman in Garden Grove, California chased off five would-be thieves who were attempting to rob her jewelry store.

The suspects entered the small business wearing sweatshirts with hoodies and pointing firearms at the employees and one customer. They ordered everyone to the ground and opened pillowcases demanding cash. That’s when the elderly store owner emerged from the back room wielding her handgun.

In a statement to ABC 7 in Los Angeles, Garden Grove Police Lieutenant Jeff Nightengale explained, “She felt these suspects were possibly going to injure the employees or the customer, so she fired two rounds from her handgun toward the suspects, which caused them to flee the store.”

This latest incident follows another courageous act of valor that occurred in late April, when 57-year-old grandmother Lulu Campbell foiled a carjacking and robbery in Macon, Georgia.

Police say that one of the suspects began firing multiple shots at Mrs. Campbell but missed. Mrs. Campbell then produced a handgun of her own and returned fire, hitting one in the chest and sending the other fleeing from the scene.

Although Mrs. Campbell’s vehicle was left riddled with bullets, her quick thinking—coupled with her trusty .38 caliber pistol—saved her life. 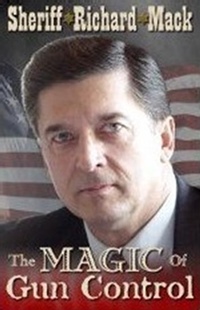 In Florida, where “Stand Your Ground” laws create a friendlier environment for gun owners, it has been reported that 70,000 women between the ages of 51 and 65 obtained a concealed weapons permit in the month of May.

During a recent interview with West Palm Beach’s WPTV, firearms instructor David D’Eugenio says that the median age for students taking gun safety classes in 2011 was 62. Of those, 4 out of 5 were women. “It’s no secret that seniors are targets,” says D’Eugenio. “It’s no surprise that so many are coming in and taking classes.”

While most of today’s youths are being indoctrinated with anti-gun rhetoric, past generations remind of us of a time when the inalienable right to keep and bear arms was sacred.

According to one of D’Eugenio’s students, 69-year-old Linda Lathrop, “There’s a lot more crime today than ever before, I see it on my own street where I live. I want to make sure I’m going to be able to protect myself. . . . I know how to use the gun, I’m proficient and I’m not afraid to use it.”

Keith Johnson in an investigative journalist and host of the Revolt of the Plebs radio program.