It was bound to happen. Beginning with the Columbine High School massacre in 1999, the anti-gun crowd has feverishly exploited every schoolyard shootings since as an excuse to disarm the American people. It’s gotten even worse in the wake of last year’s tragedy in Newtown, Connecticut. Now, in addition to seeking ever increasing restrictions on adult firearms ownership, the 2nd amendment wrecking crew is seeking to restrict young children from even thinking about guns.

Across the nation, kids are being suspended, threatened with expulsion and—in at least one documented case—prosecuted for wearing T-shirts supporting gun rights, playing with toy guns, or simply talking about imaginary “shoot em’ ups” with fellow classmates. 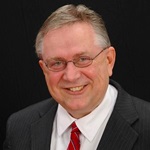 “Punishing children for
playing ‘cops and robbers’
or taking a bite out
of a Pop-Tart that makes
it somewhat resemble a
gun is not healthy.”

This AMERICAN FREE PRESS reporter recently spoke with Robin Ficker, a Maryland attorney who specializes in defending parents, and their children, against the paranoid school officials and law enforcement agencies that have bought into the anti-gun hysteria.

Among Ficker’s more high profile cases is one that involves a Maryland kindergartner who was suspended from school in May after bringing a western-style cap gun onto a school bus.

“This is a 5-year-old kid who has never shown any signs of behavioral problems,” says Ficker. “One day his friend shows him a water gun on the bus. The next day, he brings a little cap pistol his family purchased from [the] Frontier Town [amusement park]. He shows his friend the toy—which had an orange tip and a white handle—and it is almost immediately confiscated by the school bus driver.”

Ficker goes on to say that after the school principal caught wind of the incident, the boy was sequestered from other students and interrogated for three hours before his parents were called.

“The child had no history of incontinence. But as a result of the interrogation, the boy ends us peeing in his pants,” says Ficker. “So they send him to the nurse’s office to change. And while he’s in there naked, some other adults walk in and the boy feels completely embarrassed. Finally, the boy’s Mother arrives and takes him home, but not before the school suspends him for 10 days.”

Another case that Ficker is representing concerns a 7-year-old elementary student who was suspended from school in March after nibbling his Pop-Tart pastry into the shape of a gun.

“Actually, it looked less like a gun and more like the states of Idaho or Oklahoma,” says Ficker. “Anyway, the boy playfully announces, ‘Hey, I’ve got a gun,’ and pretends to shoot some of the other kids with his Pop-Tart chew out. He was immediately suspended.”

Ficker says he’s handled scores of similar cases, including some that involve no physical objects whatsoever, including instances where kids are simply pointing fingers and making imaginary gestures.

“There was one case where a class was studying Native American culture and singing a deer hunting song,” says Ficker. “So, not surprisingly, one little boy comes out and pretends to shoot another with a bow and arrow. The other boy cocks his thumb back, says ‘POW,’ and ends up getting a disciplinary write-up and an in-school suspension.”

Boys aren’t the only ones feeling the heat. As Ficker explains: “I had a case where a little kindergarten girl was talking with two of her friends about a Hello Kitty bubble gun, which she didn’t even have with her at the time. She told the girls, ‘Why don’t you come over to my house and you can shoot me and I’ll shoot you.’ She ended up getting searched and suspended for making a terrorist threat. They even compelled her to get a psychological evaluation.”

Fortunately, Ficker’s tireless efforts to expose these travesties through the media have resulted in a number of suspension reversals and disciplinary action expungements on behalf of the children he’s represented.

“In the Hello Kitty case, I met with the school board attorney and superintendent and discovered they’d received about 25,000 emails condemning them for their actions. They ended up expunging the little girl’s record and paying for her counseling,” Ficker proudly reports.

Likewise, the case involving the aforementioned Maryland kindergartner has also ended on a relatively high note. Shortly after our interview, Calvert County school superintendent Jack R. Smith announced that they had reversed “in its entirety” the 5-year-old boy’s suspension and said that the May incident would be cleared from his record.

In a case unrelated to Ficker, a 14-year-old student in West Virginia was recently arrested and charged with “obstructing an officer” after defending his right to wear an NRA T-shirt in class. Ultimately those charges were dismissed, but only after the case received significant press coverage and expressions of outrage from the American people. Hopefully, this kind push back will continue to gain momentum and turn this dangerous trend on its head.

At least one politician has already signed on board. On July 8, United States Congressman Steve Stockman (R-Texas) introduced a new bill to the House Committee on Education and the Work Force, entitled the “Student Protection Act,” which seeks to cut off federal funding to schools that punish students for possessing toy guns, drawing pictures or possessing an image of a gun, or simulating the use of a firearm.

To explain why he introduced the bill, Stockman released the following statement:

“Too often so-called “zero tolerance” policies are being abused by school authorities to punish children for innocent play or, worse, try to indoctrinate them to be terrified of anything even shaped like a gun. Instead of nurturing young minds these policies are traumatizing children who did nothing wrong or instill in them irrational fears. Schools should be places where children learn. Punishing children for playing “cops and robbers” or taking a bite out of a Pop-Tart that makes it somewhat resemble a gun is not healthy for children.”