In early March, when violent protests forced the collapse of the government in Ukraine, Russian President Vladimir Putin held a press conference to clarify and explain Russia’s position on the constitutional crisis. The following is a partial transcription of Putin’s lengthy statement at the time, which was translated and posted online at the Kremlin’s official website.

My assessment of what happened in Kiev and in Ukraine in general [is that this] was an anti-constitutional takeover, an armed seizure of power. Does anyone question this? Nobody does. There is a question here that neither I, nor my colleagues with whom I have been discussing the situation in Ukraine, can answer. The question is, why was this done?

I would like to draw your attention to the fact that [Ukrainian] President [Viktor] Yanukovych, through the mediation of the foreign ministers of three European countries—Poland, Germany and France—and in the presence of my representative [Russian Human Rights Commissioner Vladimir Lukin] signed an agreement with the opposition on February 21.

I would like to stress that under that agreement—I am not saying this was good or bad, just stating the fact—Yanukovych actually handed over power. He agreed to all the opposition’s demands. He agreed to early parliamentary elections, to early presidential elections and to return to the 2004 Constitution as demanded by the opposition.

His response was positive to our request and to the request of western countries that he not use force against the opposition. He did not issue a single illegal order to shoot at the demonstrators. Moreover, he issued orders to withdraw all police forces from the capitol, and they complied.

He went to [the second largest city in Ukraine] Kharkov to attend an event, and as soon as he left, instead of releasing the occupied administrative buildings, [protesters] immediately occupied the president’s residence and the government building—all that instead of acting on the agreement.

I ask myself, what was the purpose of this? I want to understand why this was done. 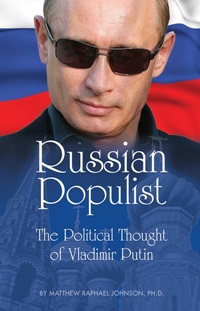 Russian president Vladimir Putin is one of the most reviled politicians in the West, yet few leaders worldwide have maintained such high levels of popularity. With high rates of economic growth, military and police reform, and a concerted attack on official corruption, Putin has become a trusted populist leader and a significant figure in global nationalism. While attempting to synthesize the basic political views of Putin, this book does not deal much with policy, but rather centers around the ideas that drive Putin and his reform plans in both domestic and foreign policy.

[Yanukovych] had in fact given up his power already, and as I believe I told him, he had no chance of being re-elected. What was the purpose of all those illegal, unconstitutional actions? Why did they have to create this chaos in the country? Armed and masked militants are still roaming the streets of Kiev.

This is a question to which there is no answer. The result is the absolute opposite of what they expected, because their actions have significantly destabilized the east and southeast of Ukraine.

Now over to how this situation came about.

In my opinion, this revolutionary situation has been brewing for a long time since the first days of Ukraine’s independence. The ordinary Ukrainian citizen—the ordinary guy—has suffered for many years. Almost nothing has changed for the better. Corruption has reached dimensions that are unheard of in Russia. Accumulation of wealth and social stratification—problems that are also acute in Russia—are much worse in Ukraine. Out there, they are beyond anything we can imagine. Generally, people wanted change, but one should not support illegal change.

Only constitutional means should be used on the post-Soviet space, where political structures are still very fragile and economies are still weak. Going beyond the constitutional field would always be a cardinal mistake in such a situation.

Incidentally, I understand those people at [the protest group] Maidan, though I do not support this kind of turnover. I understand the people who are calling for radical change rather than some cosmetic remodeling of power. Why are they demanding this? Because they have grown used to seeing one set of thieves being replaced by another.

The people in the region do not even participate in forming their own regional governments. There was a period in Russia when the president appointed regional leaders, but then the local legislative authorities had to approve them. In Ukraine they are appointed directly. And they began appointing all sorts of oligarchs and billionaires to govern the eastern regions of the country. No wonder the people do not accept this. No wonder they think that as a result of dishonest privatization—just as many people think in Russia as well—people have become rich and now they also have been brought to power. 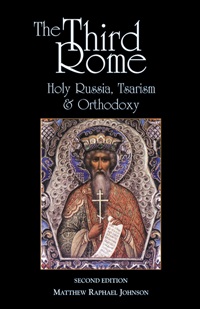 Academic historians, liberals and Communists have been fashioning a fantasy world around Russian history for nearly 100 years, spreading slander and myth about an entire population. Here’s the first book in English that sets out to defend the history of Tsarist Russia from St. Vladimir to Tsar St. Nicholas II—Russia before bloody Bolshevism.

For example, [Ukraine’s third richest man] Ihor Kolomoisky was appointed governor of [Ukraine’s fourth largest city] Dnepropetrovsk. Kolomoisky is a unique crook. He even managed to cheat Russia’s oligarch, Roman Abramovich, two or three years ago—scammed him, as our intellectuals like to say. They signed some deal, Abramovich transferred several billion dollars, while this guy never delivered and pocketed the money.

When I asked [Abramovich], why did you do it, [Abramovich] said: “I never thought this was possible.” I do not know, by the way, if he ever got his money back and if the deal was closed. And now this crook is appointed governor of Dnepropetrovsk. No wonder the people are dissatisfied. They were dissatisfied and will remain so if those who refer to themselves as the legitimate authorities continue in the same fashion.

Now about financial aid to Crimea: As you may know, we have decided to organize work in the Russian regions to aid Crimea, which has turned to us for humanitarian support. We will provide it, of course. I cannot say how much, when or how—the government is working on this, by bringing together the regions bordering on Crimea, by providing additional support to our regions so they could help the people in Crimea.

Regarding the deployment of troops—the use of armed forces—so far, there is no need for it, but the possibility remains. I would like to say here that the military exercises we recently held had nothing to do with events in Ukraine. This was pre-planned, but we did not disclose these plans, naturally, because this was a snap inspection of the forces’ combat readiness. The exercises are over, and I gave the order for the troops to return to their regular locations.

What is our biggest concern? We see rampaging reactionary forces, nationalist and anti-Semitic forces going on in certain parts of Ukraine, including Kiev.

I am sure you, members of the media, saw how one of the governors was chained and handcuffed to something and they poured water over him in the cold of winter. After that, by the way, he was locked up in a cellar and tortured. What is all this about? Is this democracy? Is this some manifestation of democracy? He was actually only recently appointed to this position in December, I believe. Even if we accept that they are all corrupt there, he had barely time to steal anything.

And do you know what happened when they seized the Party of Regions building? There were no party members there at all at the time. Two or three employees came out—one was an engineer— and he said to the attackers: “Could you let us go, and let the women out, please? I’m an engineer, I have nothing to do with politics.”

He was shot right there in front of the crowd. Another employee was led to a cellar and then they threw Molotov cocktails at him and burned him alive. Is this also a manifestation of democracy?

When we see this we understand what worries the citizens of Ukraine, both Russian and Ukrainian, and the Russian-speaking population in the eastern and southern regions of Ukraine. It is this uncontrolled crime that worries them.

Therefore, if we see such uncontrolled crime spreading to the eastern regions of the country, and if the people ask us for help, while we already have the official request from the legitimate president, we retain the right to use all available means to protect those people. We believe this would be absolutely legitimate. This is our last resort.

We are often told [by those in the West] that our actions are illegitimate. But when I ask, do you think everything you do is legitimate, they say: “Yes.” Then I have to recall the actions of the United States in Afghanistan, Iraq and Libya, where they either acted without any UN sanctions or completely distorted the content of such resolutions, as was the case with Libya. There, as you may know, the resolution only spoke of closing the airspace for government aircraft, while it all ended with bomb attacks and special forces land operations.

Our partners, especially in the United Sates, always clearly formulate their own geopolitical interests and follow them with persistence. Then, using the principle “You’re either with us or against us” they draw the whole world in. And those who do not join in get beaten until they do.

Our approach is different. We proceed from the conviction that we always act legitimately. I have personally always been an advocate of acting in compliance with international law. I would like to stress yet again that if I do decide to use the armed forces, this will be a legitimate decision in full compliance with both general norms of international law, since we have the appeal of the legitimate president, and with our commitments, which in this case coincide with our interests to protect the people with whom we have close historical, cultural and economic ties.

Protecting these people is in our national interests. This is a humanitarian mission. We do not intend to subjugate anyone or to dictate to anyone. However, we cannot remain indifferent if we see that [people] are being persecuted, destroyed and humiliated. However, I sincerely hope it never gets to that.