Inspired by The Spotlight, patriot-publisher Don Wassall is leveraging Republican presidential candidate Donald Trump’s popularity to jumpstart a real populist, America-first political movement in the United States. For more on this, take a look at his upcoming conference scheduled for later this month in Pennsylvania.

An American patriot is hoping for a big turnout at a meeting later this month where he plans on getting others involved in the political activism he has dedicated his life to. In fact, what got Don Wassall on the path to activism is the newspaper you hold in your hand, or at least its precursor, The Spotlight.

Wassall is not your typical activist. Born in Akron, Ohio and raised mostly in Pittsburgh, Pennsylvania, he is a lawyer by trade, but left that profession behind to pursue his dream: political activism. 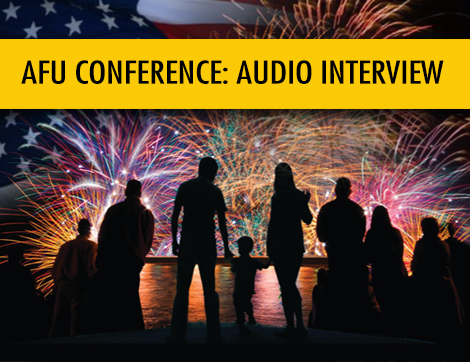 Now the executive director of the American Freedom Union (AFU), founded in 1995 and “the largest nationalist political organization in the United States,” he is also the editor of monthly The Nationalist Times newspaper, which he founded in 1985. The newspaper is the longest continuously published patriotic publication in the country.

On Sept. 30, American Free Press conducted an exclusive interview with Wassall about what started him on this path and the meeting he’s organizing.

“In 1981 I was in the law library at the University of Pittsburgh and I ran across a newspaper called The Spotlight,” Wassall began. “I read about it first, I think in The New Republic, and they were denouncing it, and I was just astounded, because they were calling it neo-Nazi and all the usual epithets, and I thought, ‘Wow, I can’t believe there’s a so-called neo-Nazi publication in this country with a third-of-a-million circulation. That’s amazing. I want to see it.’ So I went to the library and they actually had it there and I started reading it, and it sort of just went from there.”

Wassall was hooked and he found his calling.

“I did practice law for a while but my main thing is politics,” he explained.

The two-party duopoly was what he set his sights on next.

“We live in a country where there’s constant change and turmoil, and yet we’ve had these same two political parties for 150 years,” he said. “Think of how much has changed in 150 years, even in the last 15 years, and yet we still have just these same two choices at the ballot box, year after year, decade after decade, generation after generation. If we’re gonna have peaceful change in this country we’ve gotta have third parties. We’ve gotta have alternatives.”

“That’s one of the great things about Donald Trump: we might not like everything he says or the way he says it, but he’s been a breath of fresh air,” he said. “He has caused the two-party monopoly more damage than anybody has in a long, long time.”

Wassall  added: “If Hillary does win, then we’re talking about another four or eight years down the road, and it may be irreversible. I think it’s very, very important that Trump wins.”

But Trump can’t be expected to get the job done all alone, Wassall feels.

“We can’t just expect Trump to be the man on the white horse, if he does win,” he said. “There’s still so much demoralization among our own people and it’s hard to get them to snap out of it. And that’s another reason I’m having this meeting. I think we need to roll up our sleeves and become a real grassroots movement.”

To capitalize on “Trump Fever,” Wassall has scheduled an AFU regional meeting on Oct. 22 in Springtown, Pa.

AFP asked what he hopes to accomplish at the meeting.

“First, to get people together, to renew acquaintances or to meet new people, to get supporters and like-minded people together, and to network,” he said. “And the other purpose is to encourage political activism in the future, beginning in 2017. I think we have to take advantage of Donald Trump, whether he wins or loses, he sort of let the genie out a bottle in a lot of ways. He’s dented the two-party paradigm, the liberal-conservative charade that this country has operated by for so long. He’s cleared the way for people like us to be more active, to be more acceptable, to be even a little more mainstream.”

Wassall explained why he feels the time is right for a meeting such as this.

The keynote speaker will be well-known author and writer Dr. Adrian Krieg, and other speakers include former presidential candidate Merlin Miller, who is also an author and former Hollywood director, and currently the head of the American Eagle Party.

Miller is the author of Eagles Are Gathering, which tells the story of Miller’s journey from rural Iowa to West Point to Hollywood and back again in search of the American dream and was published by American Free Press earlier this year.

“He’s a reluctant politician but he’s the kind of politician that we need,” said Wassall of Merlin.

“Harry really knows the nooks and crannies about political organizing, political activism, how to run a campaign, how to get literature out, all of that,” Wassall explained.

“I think it’s a really good group,” Wassall said. “It’s kind of eclectic, but I think every speaker has a lot of interesting things to say and I’m hoping we can we get a good crowd there to listen to them.”

Those interested in attending could use the contact form at americanfreedomunion.com, send an email to [email protected], or call (724) 939-7393.

1 Comment on Political Activist Hopes to Inspire Others to Action