The United States, the United Kingdom, France, and other allies recently blocked the testimony of Jose Bustani, the former director general of the Organisation for the Prohibition of Chemical Weapons (OPCW). Bustani blew the whistle on efforts that sought to dishonestly blame the Syrians for gassing their own people by releasing toxic gas in Douma in April 2018. The alleged chemical attack triggered the United States and its allies to bomb Syria in retaliation. When OPCW inspectors subsequently discovered evidence that contradicted the American version, U.S. officials pressured them into silence.

Bustani is no stranger to intimidation from U.S. authorities. In 2002, he was personally threatened by longtime bully John Bolton, when his inspections interfered with the George W. Bush administration’s drive to invade and “liberate” Iraq. “You have 24 hours to leave the organization, and if you don’t comply with this decision by Washington, we have ways to retaliate against you. We know where your kids live,” the psychotic Bolton warned Bustani. The retired Brazilian official responded publicly by saying, “John Bolton is a bully. I don’t know how people can work for him.”

Bustani remains a profile in courage, supporting the present OPCW director general Fernando Arias, and urging transparency for all evidence. “At great risk to themselves, [the inspectors] have dared to speak out against possible irregular behavior in your organization, and it is without doubt in your, in the organization’s, and in the world’s interest that you hear them out,” Bustani declared. “Regardless of whether or not there is substance to the concerns raised about the OPCW’s behavior in the Douma investigation, hearing what your own inspectors have to say would be an important first step in mending the organization’s damaged reputation. The dissenting inspectors are not claiming to be right, but they do want to be given a fair hearing.”

My name is Jose Bustani. I am honored to have been invited to present a statement for this meeting of the UN Security Council to discuss the Syrian chemical dossier and the Organisation for the Prohibition of Chemical Weapons. As the OPCW’s first director general, a position I held from 1997 to 2002, I naturally retain a keen interest in the evolution and fortunes of the organization. I have been particularly interested in recent developments regarding the organization’s work in Syria.

For those of you who are not aware, I was removed from office following a US-orchestrated campaign in 2002 for, ironically, trying to uphold the Chemical Weapons Convention. My removal was subsequently ruled to be illegal by the International Labor Organization’s Administrative Tribunal, but, despite this unpleasant experience, the OPCW remains close to my heart. It is a special organization with an important mandate. I accepted the position of director general precisely because the Chemical Weapons Convention was non-discriminatory. I took immense pride in the independence, impartiality, and professionalism of its inspectors and wider staff in implementing the Chemical Weapons Convention. No state party was to be considered above the rest, and the hallmark of the organization’s work was the even-handedness with which all Member States were treated regardless of size, political might, or economic clout.

The OPCW received the Nobel Prize in 2013 “for its extensive efforts to eliminate chemical weapons.” As Bustani further noted:

It is against this backdrop that serious questions are now being raised over whether the independence, impartiality, and professionalism of some of the organization’s work is being severely compromised, possibly under pressure from some member states. Of particular concern are the circumstances surrounding the OPCW’s investigation of the alleged chemical attack in Douma, Syria, on April 7. 2018. These concerns are emanating from the very heart of the organization, from the very scientists and engineers involved in the Douma investigation.

Bustani also mentioned the fact that there was:

. . . compelling and documentary evidence of highly questionable, and potentially fraudulent conduct in the investigative process. In a joint public statement, the panel was, and I quote, “unanimous in expressing [its] alarm over unacceptable practices in the investigation of the alleged chemical attack in Douma.” The panel further called on the OPCW “to permit all inspectors who took part in the Douma investigation to come forward and report their differing observations in an appropriate forum of the States Parties to the Chemical Weapons Convention, in fulfilment of the spirit of the Convention.”

Among those who signed a petition supporting Bustani were liberal intellectual Noam Chomsky and renegade film director Oliver Stone. Research by journalist Seymour Hersh, and later American Free Press, documented the fact that the gas attacks blamed on the Syrian government were actually carried out by terrorist groups supported by Turkey and Saudi Arabia. The United States, by attacking Syrian President Bashar al-Assad, was effectively siding with ISIS. President Donald Trump should have remembered his advice to Barack Obama: “Stay out of Syria!”

Why Are We Siding With al Qaeda? 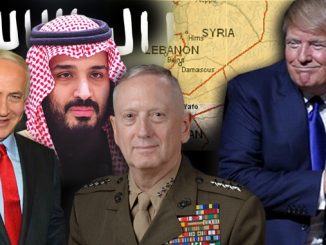 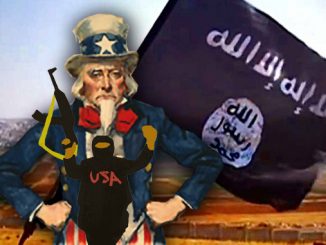