No one in the mainstream media seems to care about a young Autistic boy, who was shot to death by police while sat peacefully next to his father in the family car, because he doesn’t fit the current narrative that racist white cops are targeting black males. The reality is, police are militarized today and many have become threats to all of us.

Few Americans know that a six-year-old first-grader, Jeremy David Mardis, was shot to death by two Marksville, La. deputy city marshals on Nov. 3, 2015 when they fired 18 rounds into the car he was sitting in with his father, Christopher Few. Five of those bullets struck Jeremy, killing him instantly, while his father survived being critically wounded, hit twice in the head and chest.

Both marshals who fired into the car, Derrick Stafford, 23, and Norris Greenhouse Jr., 32 were black. Both Jeremy and his dad were white. The victims were not brandishing weapons, hadn’t posted incendiary anti-police rhetoric on their social media pages, and were not trying to grab the marshals’ guns or run away from them. 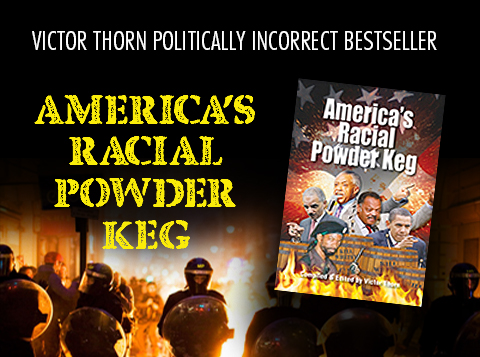 In fact, police body-cam footage of the carnage, released this week in an evidentiary hearing in the case against the marshals, who have been charged with second-degree murder and attempted second-degree murder and will go to trial in November, show Few had his hands up and clearly visible when the marshals inexplicably opened fire. Little Jeremy, who was autistic, was in the seat next to his dad with his seat belt on.

Yet in spite of this video evidence that Few’s hands were up and empty before the shooting began, no “Hands up! Don’t shoot!” protest has ensued. No one is burning local businesses or looting the Walmart. Protestors have not shut down roads or interstate traffic or even burned any cop cars.

The media has not devoted round-the-clock coverage to endlessly looping the graphic video punctuated by volatile, incendiary speeches from white church or civic leaders calling for national outrage over whites being shot and killed by racist black cops.

The facts in this case simply don’t fit the currently accepted narrative of what police violence in America looks like. Black men being killed by cops—whether or not they’re involved in a crime or brandishing a weapon at the time of the shooting—is deemed indisputable evidence of institutional racism. White men—and little boys, in this case—being killed by cops is most often mentioned by reports, if it is reported at all, simply as tragic accidents.

The calm, measured response to the horrific killing of a little boy by what should be trusted authorities is even more remarkable given the disclosure that Stafford—who emptied his semi-automatic revolver’s clip of hollow-point bullets into Few and Jeremy—“has shown a pattern of using excessive force on other people who didn’t pose a threat, according to Louisiana prosecutors,” wrote AP.

The state attorney general’s office argued in court filings that Stafford’s previous “bad acts” show he is “motivated to use excessive violent force against individuals he interacts with …,” according to their recent court filing arguing the jury should be informed of his violent history. They wrote Stafford used a stun gun on a man who was handcuffed as well as on a young mother who had been placed in a police car, and broke the arm of a 16-year-old girl while stopping a fight on a school bus.

There are certainly many good cops in America, who put themselves in the line of fire to protect citizens every day. Yet the militarization of today’s police forces, via both equipment and training, has led to far too many out-of-control “soldiers” who take to the streets with a mentality of ruthlessly going after “the enemy.” All too often, the perceived enemy is the very citizens that pay to be protected and served.

To quell the rising surge of police violence, law enforcement personnel who are committing brutality and murder must be held to account just like any other American criminal, as is the case now for Stafford and Greenhouse in Louisiana. On a wider scale, law enforcement training must be de-militarized. Techniques for de-escalating situations must once again be taught and reinforced and military equipment now being used by police departments around the country must be decommissioned, so that police officers begin to truly protect and serve the citizens they now view as the enemy.

Janice Matthews is a writer and editor, who lives in Florida.