Hacked emails from a British mercenary company were posted online, leading to claims Washington was backing a dirty war against Syria in which a chemical attack on Syria could be blamed on the Syrian regime, thereby strengthening the case for immediate intervention on the part of the United States military.

British mercenary company, Britam Defence, has since admitted it was hacked but claimed the hacker, who posted his online name as “JAsIrX,” had maliciously and cleverly used hacked material to generate forgeries to destroy the company’s reputation and make it look like it was involved in shocking behavior.

According to a spokesman for the company, it was really a “risk management firm” and not a mercenary company like those hired by the U.S. Defense Department to carry out military operations in places like Iraq and Afghanistan.

However, the sheer volume of hacked documents from Britam demonstrates that the UK firm has a hand in more than just paper-pushing. It is clearly a company with tentacles that reach into all parts of the military-industrial complex in the UK and overseas.

One of the hacked emails that has resulted in the most embarrassment for the U.S. government concerned Syria. The email reads as follows:

Phil, we’ve got a new offer. It’s about Syria again. Qataris propose an attractive deal and swear that the idea is approved in Washington. We’ll have to deliver a CW to Homs, a Soviet origin g-shell [sic] from Libya similar to those that Assad should have. They want us to deploy our Ukrainian personnel that should speak Russian and make a video record. Frankly, I don’t think it is a good idea but the sums proposed are enormous. Your opinion?

The “Phil” referred to in the email is purported to be Philip Doughy, Britam’s founder. The “David” is the director of development, David Goulding. “CW” in the email refers to Chemical Weapon and “g-shell” implies a gas-warfare-type shell.

The company claims the email was a forgery. Nevertheless, its release coincided with warnings by Israel and the Obama White House that Syrian leader Bashar al Assad was liable to use his chemical weapons on the Arab revolutionaries and Islamist militias trying to overthrow his government. Israel has insisted it reserves the right to attack Syria’s chemical sites and the issue has encouraged neocons to argue it is time for the U.S. and its allies to get more directly involved in overthrowing Assad. Russia has insisted Assad has given it an assurance he will not use chemical weapons on his people.

In all, 423 megabytes of zip files were hacked from Britam. Aside from the one on Syria, there were others related to Iran that have caused considerable controversy.

For example, one file folder contained outlines of plans for varying types of military actions to be undertaken as part of an attack on Iran. The topics listed in the files were under headings such as “Fix enemy forces and lure them to the killing zones.” Another had the title, “Move from their garrisons to occupy AA at Grid (1556) (IAW Movement Order).” IAW stands for “in agreement with.”

The hacker, who posted the files, said he hacked Britam’s website after discovering it was on a Malaysian server and that its files indicated it had plans for the invasion of Syria and Iran. He described it as a private military company. To prove his case, he also released copies of emails and files with titles such as “WMM Baghdad 5” and “Iran issue” with the date, 24-01-2013.

One file contained a listing of many of Britam’s clients, including Halliburton with which it has an ongoing $16 million contract for what it terms “risk assessment, planning and close protection of personnel” in oilfields in parts of Iraq. A similar contract worth $11 million is with BP.

In response to media coverage of the hacking, a spokesman for Britam insisted the company was more of a “commercial private security” company as distinct from the private contractor outfits like Blackwater that operated during the Bush and Obama presidencies. Blackwater subsequently changed its name to XE after it was accused of murdering Iraqi civilians. 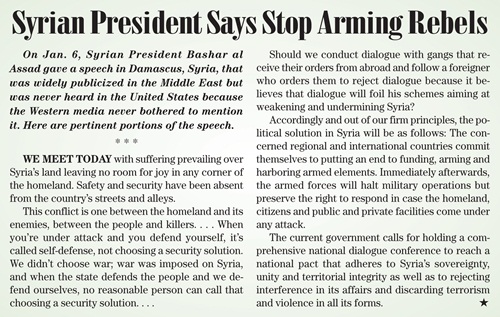