Appointing a former investment banker to chair the Federal Reserve will have much longer lasting impact than any tax reform plan, but adopting the Chained Consumer Price Index will increase the inflation tax, Dr. Paul explains.

Powell is an outspoken opponent of the Audit the Fed legislation. In 2015, Powell delivered an address at Catholic University devoted to attacking Audit the Fed. Like most Fed apologists, Powell claims the audit would compromise the Fed’s independence and allow Congress to control monetary policy. However, like all who make this claim, Powell cannot point to anything in the text of the audit bill giving Congress any power over the Federal Reserve. Powell’s concerns about protecting the Fed’s independence are misplaced, as the Fed has never been free of political influence. The Fed has a long history of bowing to presidential pressure to tailor monetary policy to help advance the president’s political and policy agenda.

The Republican tax cut plan has some positive elements, such as increasing the standard deduction, creating a new family tax credit, eliminating the death tax, reducing the corporate tax rate, and lowering taxes on small businesses. It also has some flaws, such as the “millionaire surcharge” imposed on upper-income taxpayers. This provision reflects a belief that upper-income taxpayers only “deserve” a tax break if reducing their taxes serves the interest of government by increasing economic growth.

The worst part of the tax plan is that it adopts the chained consumer price index (chained CPI). Chained CPI is a way of measuring CPI that understates inflation’s effects on our standard of living. It does this by assuming inflation has not reduced Americans’ standard of living if, for example, people can buy hamburgers when they can no longer afford steak. This so-called full substitution ignores the fact that if individuals viewed hamburgers as a full substitute for steak they would have bought hamburgers before Fed-created inflation made steak unaffordable.

Politicians love the inflation tax because it allows them to increase taxes without having to vote for higher rates. Instead, the Fed does the dirty work. Since their creation in 1913, the Federal Reserve and the income tax have both enabled the growth of the welfare-warfare state and the erosion of our freedom and economic well-being. The key to restoring our liberty and prosperity, as well as avoiding a major economic crisis, is reversing the great mistakes of 1913 by repealing the 16th Amendment and auditing and ending the Federal Reserve. 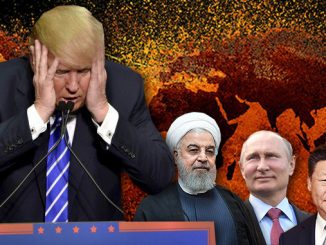 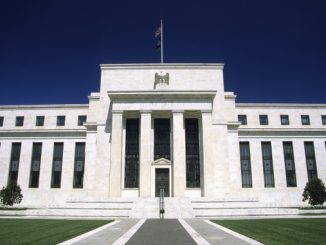 2 Comments on GOP Tax Plan Increases the Most Insidious Tax