Establishment medical experts contend that there is no link between the common metal aluminum and Alzheimer’s disease,  a debilitating affliction that affects nearly one-third of the elderly. Consequently, a noninvasive therapy was abandoned over two decades ago that showed promising results for those suffering from the ailment.

In the U.S. today, one in nine people over 65 suffers from Alzheimer’s disease. By age 85, one in three has the disorder, which brings memory loss, difficulty communicating, confusion, depression, and slowness in movement. Conventional medicine claims that there is no way to prevent, slow, or cure the brain cell death caused by Alzheimer’s. However, one of the previously used and most effective treatments studied to date was abandoned by conventional science, despite the fact that the findings of a 1991 study on that treatment, which address a controversial root cause of Alzheimer’s brain cell swelling, damage, and death, offer a map to slowing or preventing the disease. 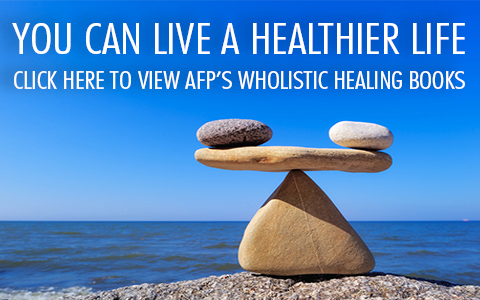 http://shop.americanfreepress.net/store/c/5-Health-Freedom.htmlTwenty-five years ago, Dr. Maire Percy and a team of researchers found a pharmaceutical therapy that slowed the advance of Alzheimer’s by two times, leading to patients’ ability to care for themselves longer and better. The therapy studied a combination treatment using the pharmaceutical chelation drug desferrioxamine (DFO) and antioxidants. Of the study’s 48 patients, five who received no treatment died, but all on the therapy lived.

Although in that study DFO was determined to have negative side effects, and was expensive and unprofitable for the pharmaceutical companies, the study’s report on that therapy’s success shows a possible key to slowing Alzheimer’s: a combination of chelation to remove aluminum and antioxidants to protect the brain from heavy-metals damage.

Dr. Percy knew to focus on removing aluminum because of its many known strong toxic effects. She calls it the “most abundant naturally occurring neurotoxic element to which we are exposed.” Yet conventional medicine goes so far as to call the Alzheimer’s-aluminum connection a “myth.”

“On the whole, scientists can say only that it is still uncertain whether exposure to aluminum plays a role in Alzheimer’s disease,” writes WebMD, a leading voice of conventional medicine on the Internet.

Nonetheless, Dr. Percy understood the ubiquitous metal’s link to Alzheimer’s is based on at least seven independent observations that the neurotoxic metal strongly promotes changes, stress, and damage that nearly mirrors the key features of Alzheimer’s disease. One of the most important pieces of evidence suggesting aluminum plays a large role in Alzheimer’s is that the treatment to chelate the metal out of the body has been one of the most effective therapeutic strategies so far.

Conventional medicine and WebMD make aluminum sound harmless, “a common element in the Earth’s crust found in small amounts in household products and in many foods.” In this way, trusting readers are led away from learning and taking steps to avoid an ever-present toxic metal that clearly causes Alzheimer’s-like brain damage. This is likely because the known neurotoxin is “one of the few materials that affect every person in the country,” writes The Aluminum Association. The metal drives economic activity in the U.S., adding $186 billion to the economy, and is an ever-present ingredient in seemingly everything from building materials to toothpaste, deodorant, baked goods, pills, and baby formula.

Although the medical establishment denies aluminum’s role in Alzheimer’s, the results of Dr. Percy’s 1991 study clearly showed that therapy directed at reversing known toxic effects on brain cells of aluminum with a mix of detoxifying chelators and damage-reversing antioxidants slowed disease progress by two times and likely prevented several deaths in the 48-member study group.

Natural, affordable ways to remove heavy metals are available, but because the therapy affects delicately balanced brain and immune actions, even gentle, natural treatment may do more harm than good if misused and should only be undertaken with a healthcare provider’s oversight.

Research continues to prove brain damage is caused by the aluminum people ingest every day from food, drugs, water, deodorant, and more. Choosing products that are aluminum-free is a logical step to preventing Alzheimer’s disease.