According to reports, North Korean leader Kim Jong Un may have found out about a planned coup to replace him with his brother, Kim Jong Nam, that was being orchestrated by the Chinese and ordered the murder of his brother.

The meticulously planned assassination in a Malaysian airport of Kim Jong Nam, the older half-brother of North Korea’s leader, Kim Jong Un, was like the plot of a spy novel, but missing from much of the coverage was the hidden hand of China.

Nam was casually making his way through Kuala Lumpur international airport on Feb. 13 to fly back to his home in Macau, a small Chinese territory best known for its gambling and high rollers, when his life came to an abrupt end within a span of 15 minutes. Two young local women, in what onlookers assumed was a prank, came up behind him, rubbed a cloth against his face and fled. Within minutes he was suffering from breathlessness, blurred vision, and nausea. Security staff moved him to a medical room where he collapsed and died. It was as if he had been bitten by one of the world’s deadliest snakes, but the substance that killed him was instead a highly toxic chemical weapon known as VX. 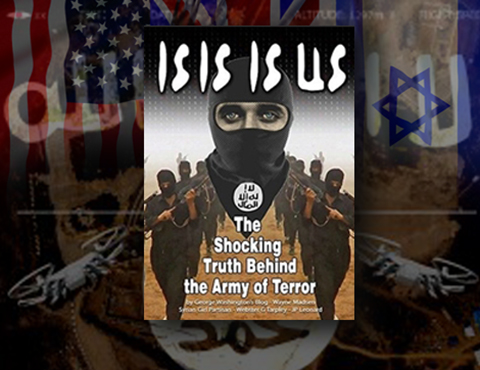 A colorless liquid, VX can only be weaponized in a miniature form by a highly sophisticated chemical weapons laboratory like those run by the major powers and a few nations like Israel and North Korea. There is no means of detecting it, making it easy to transport across national boundaries. There is also no known antidote.

Once it touches the skin or eyes, as it did in this case, death comes in minutes. VX can be used by the military in a gas form dispersed in missiles. A small quantity will kill an entire city’s population. Assassins have to be specially trained to transfer even a microscopic quantity to a cloth, as occurred in this case.

The two female assassins were patsies, who had been coached for their role. One claimed she was paid $90 and believed she was participating in a television prank. The two were quickly apprehended, but not the two four-man teams of North Korean intelligence operatives lurking nearby. One team left on a flight to North Korea shortly after the killing, and the one that stayed behind tried, but failed, to steal Nam’s corpse from the local coroner’s office.

Two hit teams would have been standard procedure of a kind frequently used by Mossad assassins.

One team would have remained close to the action, with the other ready at the last moment to deliver a lethal VX dose to Nam if the first attempt had failed.

The killing had echoes of Mossad’s botched attempt to kill Hamas leader Khaled Meschaal in 1977 in Amman, Jordan with a syringe filled with a chemical weapon, as well as the 2006 murder of defector Alexander Litvinenko in London. It is believed that Russian assassins slipped Litvinenko a miniscule dose of weaponized polonium 210—an atomic element—by putting it in his tea at a meeting in a London hotel.

So how did Kim Jong Un come to order the murder of his older half-brother, who had once been their late father Kim Jong Il’s choice to succeed him? First, one has to examine the Kim family history. Nam fell out of favor with his father after he tried to leave the country with his family for a trip to Disneyland, using bogus Portuguese passports. The matter became an international scandal, and in 2001 he was forced into exile.

While he traveled a lot, Nam had a wife and children in Macau under the watchful eyes of its Chinese overlords. While he had a reputation for gambling, it was exaggerated in the mass media.

In fact, he was well read and became openly critical of the dynastic rule of his half-brother. He spent most of his life in top hotels in Macau, but his family remained in a seaside villa.

He was aware his opposition to the North Korean regime might result in assassins being sent to eliminate him. Friends say he pleaded with his brother to leave him and his family alone. He was often accompanied by two female bodyguards and was advised not to stray far from Macau where the Chinese could watch him. He believed that since rich North Koreans gambled in Macau, hid money in its banks, and bought Western goods there, his half-brother would not jeopardize that arrangement by killing him there.

According to a British intelligence source who spoke to this writer on condition of anonymity, in the past year China became so concerned about Un’s erratic behavior and missile launches that it began to imagine a North Korea without him. It was convinced North Koreans would accept Nam as a dynastic replacement.

While China ruminated about how to get rid of Un, it is believed that his spies discovered what they were up to. The story is Un decided to outsmart the Chinese and strike first. By killing his potential successor in Malaysia, and not on Chinese territory, he ensured that China had no grounds to retaliate diplomatically by closing off Macau to North Koreans.

Richard Walker is the pen name of a former television producer who now writes exclusively for AMERICAN FREE PRESS.

1 Comment on Did Chinese Regime-Change Plot Lead to Assassination?