On Thursday, January 23, 2014, at 8 p.m. ET, Dave Gahary moderates a debate between Keith Johnson and Jim Fetzer, who tackle the controversy surrounding the Sandy Hook Elementary School event, which will address all of the points raised in the article “Top Ten Reasons: Sandy Hook was an Elaborate Hoax,” plus some more which are sure to make you reassess your position on whether what happened on December 14, 2012 was real or staged.

Keith Johnson, an investigative journalist, radio talk show host and editor of “Revolt of the Plebs,” has for 17 years worked as a private investigator and polygraph examiner for several Fortune 500 companies and prominent law firms.

McKnight Professor Emeritus at U of M Duluth, he has conducted research into the JFK assassination, 9/11, and Sen. Wellstone’s death.

Jim is a contributor and editor at Veterans Today and hosts a radio show, “The Real Deal”, M/W/F

It was uncovered today, 2/4/14, that the polling software used for the debates was entirely unreliable and manipulable and has been removed. We are in the process of deciding how to best serve listeners who wish to vote. 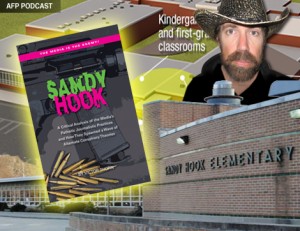 5 Comments on Date with a Debate: Jim Fetzer vs. Keith Johnson