• Struggling to survive, throngs of homeless are pushed out of N.J.’s “Tent City” to make way for construction of massive “yeshivas” subsidized by taxpayers.

LAKEWOOD, N.J.—One of the more biting ironies of recession-plagued America is the drama unfolding in the suburban town of Lakewood, New Jersey, where the homeless in that Ocean County township are being forced to defend themselves not just against the elements and regular police harassment, but against the powerful Orthodox Jewish community intent on stripping the last ounce of dignity from these down-on-their-luck Americans. 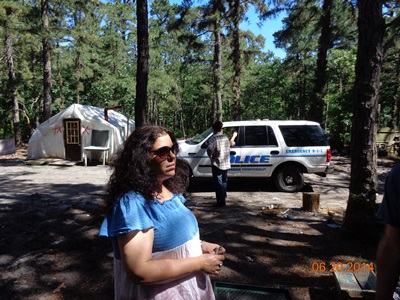 Volunteer Lisa Ferrara is present when Lakewood Township police officers enter Tent City to evict a resident in his 70s, whose shelter was demolished.

The razing of the outdoor homeless shelter is being done as thousands of Orthodox Jews violate federal housing laws by excluding non-Jews from Section 8 developments, while the government fails to act.

With no homeless shelters in the county, under the guidance of Minister Steven A. Brigham—a 12th generation American—the homeless took up residence in the woods, constructing homes made of canvas tarps, wood, plastic and anything else they could rummage, in what would come to be known as “Tent City.” Now, almost eight years later, Tent City is on its way out, a victim of Orthodox complaints of smoke from fires the homeless use to keep warm and cook their food. 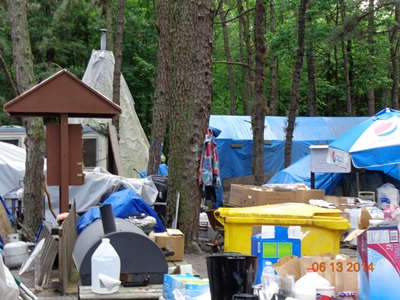 The United States Census Bureau in 2010 listed Lakewood as the fastest growing of the Garden State’s 566 municipalities, primarily due to that township’s Jewish majority. They now constitute the bulk of the population of over 100,000, up a whopping 54% from the last census. The Orthodox population in Lakewood is projected to rise to 220,000 by 2030. 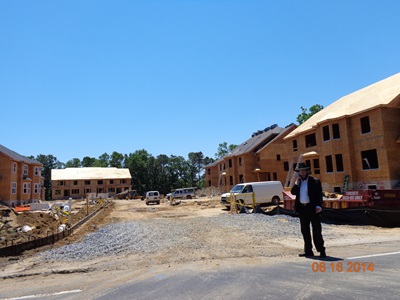 One of over 100,000 Orthodox Jews standing in front of a segregated development being constructed for the community.

Founded by hard-working Americans in the late 1880s, a blast-iron furnace business kick-started the town’s good fortune. Several magnificent estates sprouted around town, helping Lakewood to become a favorite winter retreat for the Eastern elite, including the Rockefellers, Vanderbilts, Goulds, Astors and others. President Grover Cleveland would spend his dying days in the town.

In what would be a turning point for Lakewood, a Polish-born rabbi purchased a building in 1943 and erected a yeshiva, a school where Orthodox Jews study their religion’s central texts, like the Talmud and Torah, to cater to 13 students. Today, the Beth Medrash Govoha yeshiva serves around 6,500 students and may be the largest of its kind in the world. 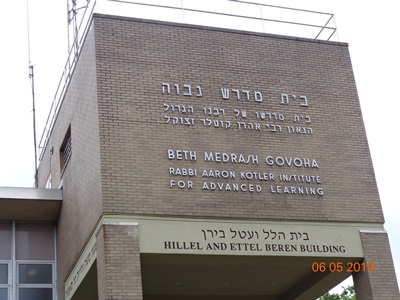 The Beth Medrash Govoha yeshiva, the largest of its kind in the world.

Yeshivas are Jewish schools that focus “on the study of traditional religious texts, primarily the Talmud and Torah,” where students attend for life, collecting taxpayer-funded government assistance for as long as they are enrolled.

The reason for the explosive growth is simple: Orthodox Jews like to proliferate. The average family has between five and eight children.

According to a New York Times article from September 16, 2006, “. . . the public school district, by law, must finance special education for everyone,” even though “. . . nearly three-quarters of the town’s children attend private Jewish day schools.” Additionally, according to a former mayor of Lakewood, although they attend private schools, Jewish students “are eligible for millions of dollars of public money for busing.” 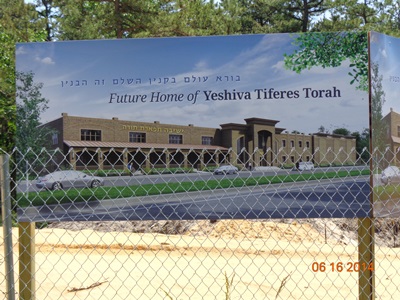 Signs like this one have been cropping up all over Lakewood as the Orthodox community gobbles up land to accommodate its burgeoning population.

A typical family consists of a mother, father and seven children, with around 70% of Lakewood’s Orthodox community receiving some form of government assistance.

And now, a taxpayer-supported busing program set to expire in September has the Orthodox community up in arms. A local rabbi spearheaded a protest, having instructed the parents of his flock “to drive their children to classes and not allow them to ride the buses” on June 11-12 . He’s hoping to teach the town a lesson if it sticks to its guns to withdraw the funds.

In a letter, the rabbi “wanted parents to [clog] the streets with cars on days when the buses are available as a ‘drill’ for what may occur in September.”

Reports from the first day of the “protest,” Wednesday, June 11, were worrisome. “The congestion on the road made it difficult for police and emergency vehicles responding to calls to navigate the thoroughfare at one point, delaying a police cruiser responding to an incident,” reported “The Shore News Network.” “He was delayed due to extremely narrow road shoulders, even with lights and sirens activated.” The protest resumed on Thursday, June 12, with increased traffic delays.

The Orthodox community has created a voting bloc, and has been pushing through their agenda for decades. Mayor Menashe P. Miller is an Orthodox Jew, and the boards and committees are filled with people named Meir, Yechiel, Avraham, Moshe and Judah, raising questions from many of the minority whites, blacks and Hispanics, who have long called Lakewood their home.

The non-Jewish residents of Lakewood have been screaming foul for years, blaming the tight-knit, insular community for a variety of things, from downright rudeness toward non-Jews, to attending a “school” for life to remain at the poverty level to committing welfare fraud. Some current and former residents are convinced that Orthodox Jews do not marry under local laws so they can collect the maximum public assistance payout. “An unwed, uneducated mother of six kids will get top dollar,” groused a former resident, speaking on condition of anonymity.

Claims of blockbusting are common, as well. Blockbusting is the illegal practice used by realtors and developers “to encourage white property owners to sell their houses at a loss, by fraudulently implying that . . . blacks, Hispanics [and] Jews . . . were moving into their neighborhood.”

Jewish developers have been accused of buying up many properties in Lakewood, then renting them out at far below market value to undesirable elements in order to depress real estate values so they could buy up the cheap land and then sell to fat-walleted Orthodox Jews. The result is what amounts to a massive “ethnic cleansing,” which is in fact what has been occurring for many years. 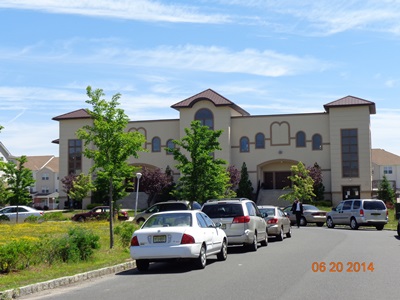 A synagogue, with separate entrances for men and women, within the massive West Gate 2,000-unit development, along with its own shopping mall and supermarket, where Orthodox Jews occupy almost 100% of the Housing and Urban Development-subsidized facility. The units all have double sinks, to accommodate the Kosher requirements of the residents.

With the absence of non-Jews and other houses of worship within West Gate, critics contend this development, as well as many others in the township, are violating fair housing laws. A source told this reporter there is only one minority resident in the development, an African-American family.

In 2006, the U.S. “Department of Justice filed a lawsuit against the owner of a Lakewood apartment complex, charging discrimination against black and Hispanic tenants in favor of Jewish ones,” according to a December 10, 2007 New York Times article. 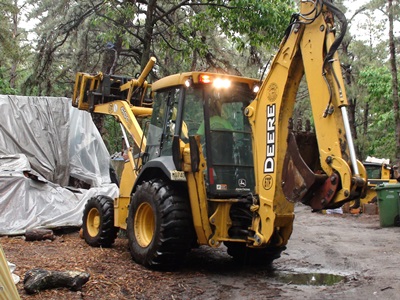 A deadline of Friday, June 20 was set for all of Tent City’s residents to leave, as heavy equipment is slated to level the encampment. 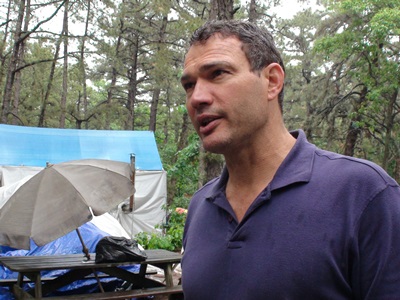 Minister Brigham, commenting on the matter, told this reporter: “For their own political gain, the politicians are taking the food out of the mouths of the American taxpayer and setting a banquet in front of those who mock us.”