With a remarkable turnaround from economic collapse to financial stability in less than a decade, the “miracle of Iceland” came about after fierce prosecution of banksters and corrupt politicians. Is the “common man” elsewhere around the world viewing this stunning reversal with growing interest, perhaps even strategizing how to likewise overcome the robber barons and save other nations?

After prosecuting banksters and corrupt politicians in the fallout of widespread protests of the Nordic country’s October 2008 economic collapse, Iceland has regained its financial footing.

The government declared on March 14 that financial stability had been restored and it was ending its “longstanding restrictions on the flow of money into and out of the country,” signifying its “return to international financial markets.”

The miracle of Iceland—population 332,529—reported regularly in the pages of this newspaper, is a story of the common man taking on the robber barons and winning. The backlash against the financial machinations almost a decade ago was so fierce that not only were nearly 100 bankers and politicians targeted for prosecution, but Iceland’s prime minister, Geir Hilmar Haarde, was forced out of office, becoming the first sitting minister of that country indicted for misconduct.

Haarde was found guilty of “failing to adequately inform other Icelandic officials of events that led up to the 2008 financial crisis,” reported this newspaper in 2012.

Although Haarde spent no time behind bars, the backlash against the plutocrats “was indicative of Iceland’s re-establishment of its sovereignty after defaulting on the bankers,” wrote American Free Press.

Iceland’s economy expanded over 7% in 2016, all the more remarkable considering its “three main banks failed and its currency and economy fell into a tailspin,” as reported in The New York Times on March 14. After imposing financial controls—which stopped foreign investors from yanking their money out and destroying the economy—Iceland is now worried about the “risks of overheating and inflation.”

While the unemployment rate has plummeted to 2.6%, a near record low, rampant “wage increases are crimping productivity and may encourage inflation,” states the Organization for Economic Cooperation and Development, the 35-member intergovernmental economic organization whose goal is to stimulate economic progress and world trade.

At the time of the 2008 collapse, Iceland’s three biggest banks’ combined assets were an astonishing 14 times larger than the country’s economic output. Chafing under a withering $85 billion of debt, “foreigners owned such a huge chunk of that figure that allowing them to take assets out would risk severely devaluing Iceland’s currency, the krona,” reported the Times.

With the krona devalued, reported the Times, “tourism took off much faster than other new ventures because visitors could see the northern lights and the rugged Icelandic landscape at a steep discount.” 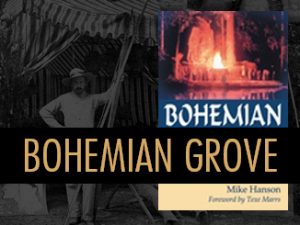 Tourism is now Iceland’s biggest industry, recently overtaking fishing and, perhaps not surprisingly, banking, with nearly two million visitors a year pumping over $3 billion into the economy in 2015, a remarkable third of the country’s export earnings. In fact, 10% of Icelanders work in the tourism industry, the country’s single largest employer.

Iceland’s stunning comeback stands in stark contrast to that of Greece, which has been foundering since Athens imposed controls on capital in 2015 as the country seemed to be veering toward dumping the euro.

Although some restrictions were eased, they are mostly expected to remain in place for the foreseeable future.

Sadly, for the Hellenic Republic, economists have little hope that the birthplace of democracy will recover, as it continues to labor under huge debt in its third international financial rescue program in seven years.

Dave Gahary, a former submariner in the U.S. Navy, prevailed in a suit brought by the New York Stock Exchange in an attempt to silence him.

1 Comment on After Jailing Crooked Bankers, Iceland’s Economy Is Roaring