QAnon, a growing movement of followers of an anonymous alleged government or intelligence insider known as “Q” who releases cryptic leaks and messages on internet forums, continues to make headlines and influence mainstream politics.

The movement and its message—that a worldwide criminal cabal controls key aspects of society, government, Hollywood, the mass media, and large corporations through sexual blackmail and pedophilia, a conspiracy that President Donald Trump is fully aware of and is taking steps to counteract—have been hysterically demonized by the mainstream fake news media for several years now.

Facebook, Twitter, and YouTube, some of the top social media companies in the world, all announced that they were taking steps to censor and limit QAnon supporters from utilizing their platforms in the lead up to the still-contested 2020 election. In early October, Facebook announced that it would outright ban groups and users that support QAnon, and that it would remove any pages, groups or Instagram accounts, which Facebook also owns, that represent or champion the controversial ideas expressed by Q. Facebook previously announced in May that it would begin censoring QAnon and other “conspiracy theories,” only to double down and begin outright banning QAnon supporters on its vast platform in October under pressure from organized special interest groups.

“Now that they have announced that they will treat the QAnon ideology like the very real threat that it is, we hope that they will follow up with some modicum of evidence showing how the ban is being enforced and whether it is fully effective,” Jonathan Greenblatt, the never-satisfied CEO of the Anti-Defamation League, stated following Facebook’s announcement. Greenblatt is also a founder of the ADL’s #StopHateFor-Profit campaign, which organized a boycott of Facebook advertisers in an attempt to force the social media giant to “stop the spread of racism, hate, violence, and misinformation about voting across their platforms.”

Twitter quickly followed suit, announcing in late July that it would begin “banning accounts associated with QAnon content, as well as blocking URLs associated with it from being shared on the platform,” according to the Associated Press. YouTube similarly announced that it would begin enforcing policies designed to rein in and censor QAnon messaging on its platform, removing thousands of videos and hundreds of channels that promoted QAnon perspectives.

“All of this work has been pivotal in curbing the reach of harmful conspiracies, but there’s even more we can do to address certain conspiracy theories that are used to justify real-world violence, like QAnon,” YouTube said in a statement on its official blog on Oct. 15, baselessly alleging that QAnon and other “conspiracy theories”—ideas and narratives that challenge the mainstream mass media and government—lead to or justify violence.

While the mainstream mass media demonizes QAnon, alternative and independent media outlets and researchers have varied opinions on the movement, its mysterious leader “Q,” and the extent to which President Trump is aware of and involved in the plot to expose and bring to justice the Deep State that is so clearly hostile to the current president.

Mike King, a well-respected researcher and author of numerous hidden history and conspiracy- related books, who maintains the informative website “The Real History Channel,” insists that Q is indeed “legitimate high-level military intelligence which Trump himself, through coded language and hints, has essentially confirmed to be real.” In a recent interview with this reporter, King explained the fake news media’s blatant and dishonest attacks on the QAnon movement.

“Media attacks on Q began at a low level because they didn’t want to give the movement too much free publicity,” King explained. “As the movement grew and grew, the decision was made to directly attack it and censor it. This alone is evidence of the probable authenticity of Q and the existential threat which Trump poses to the globalists.”

Many QAnon followers have long insisted that President Trump is making moves behind the scenes to bring to justice the criminals comprising the Deep State, and that the 2020 election will eventually turn for Trump, who will expose massive voter fraud and other high-level criminality, leading to mass arrests and prosecutions.

“The patriots were absolutely ready for fraud in this election and easily amassed a mountain of evidence in varying forms,” King noted. “I believe Joe Biden will not become president and lots of people will be going to jail over this,” King boldly predicted.

Others are much more skeptical and point out that President Trump has failed to bring to justice any Deep State actor while his allies and supporters, such as Roger Stone, Michael Flynn, and others, are unjustly persecuted by Trump’s own federal government. Additionally, critics note the president’s unwavering support and devotion to Israel, and the Trump administration’s seemingly unending gifts to the Zionist regime. Meanwhile, they argue, he has largely failed to accomplish his more populist, America-first policy objectives, which he campaigned on so powerfully in the previous election, and continues to be a tough-talker on social media while failing to follow through on anything of substance.

“Everyone pushing QAnon the last four years should be discredited and ridiculed in perpetuity,” Adam Green, the popular host of “Know More News,” recently stated on Twitter, underscoring that most of the predictions and insinuations QAnon and his supporters have promoted over the years have failed to materialize.

Certainly, even QAnon’s fiercest critics can agree that a good portion of what the group posts is not so unbelievable at all, in particular that there is in fact an autonomous Deep State, comprised of myrmidons from all levels of society secretly working to fulfill their own goals, and that powerful people in politics, Hollywood, and big business systematically abuse children. 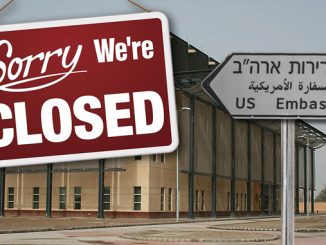 Is Trump the Anti-War President? 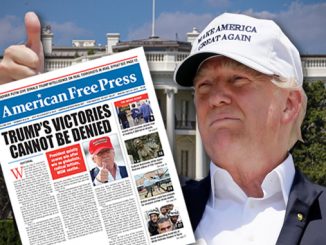