The fate of gutsy WikiLeaks founder and whistleblower Julian Assange rests in the hands of the government of Ecuador, first reported here in AFP’s Issue 33&34. Assange has lived at the Ecuadorian embassy in London since 2012 and will be instantly arrested by the UK if he leaves the building. Just-released news that his health is deteriorating rapidly makes even more urgent Ecuadorian action’s even more urgent.

As  the future of WikiLeaks founder Julian Assange twists in the political winds, the United States, Great Britain, and Ecuador continue to negotiate over the life of the Australian computer programmer and hacker.

Assange has been housed at the Ecuadorian embassy in London since 2012. According to one of his lawyers, Assange’s health is suffering and, for the past four months, he has been held in a situation that can be more accurately described as “solitary confinement.” The end of WikiLeaks, as well as Assange’s own version of freedom, may soon be near.

The white-haired Australian, Assange, 47, founded WikiLeaks in 2006, but his presence in the global spotlight dates back to 2010 when he published a series of leaks given to him by U.S. Army soldier Bradley (Chelsea) Manning. The leaks, factual yet damaging to the U.S. military’s public image, prompted a federal criminal investigation into WikiLeaks and its founder. Allied nations were encouraged to do the same.

In November 2010, the Swedish government charged Assange with sexual assault and rape. Assange continued to deny the allegations as a political attack. Concerned about being extradited if he surrendered to Swedish authorities, he surrendered to UK officials in December 2010. He was released 10 days later after posting bail. Sweden dropped the charges in May 2017, yet the real possibility of extradition to the United States remained.

When it became apparent that his extradition challenge would prove unsuccessful, Assange absconded and was granted asylum by the Ecuadorian government in August 2012. He was granted Ecuadorian citizenship in December 2017.

Technically, Assange is not a prisoner of any government. That is the inevitability that he is trying to avoid. He may leave the embassy, but doing so would trigger the execution of an active warrant that still exists in the UK for jumping bail. If arrested, extradition to the United States seems likely.

Time may be at hand for Assange. On July 27, Ecuadorian President Lenin Moreno admitted that he has been in talks with the British government to revoke the asylum. Moreno had been a detractor of Assange since taking office in May 2017.

“Mr. Assange is a hacker,” Moreno told reporters. “That’s something we reject, and I personally reject.”

An avid tweeter, Assange has been without Internet, phone, and visitation privileges for months after he criticized the British government for claiming that the Kremlin was behind a nerve gas attack on Sergei Skripal, a Russian intelligence officer, in England earlier this year. He had also been punished by Ecuadorian officials for tweeting about the Catalonian independence movement in Spain.

President Donald Trump praised WikiLeaks amidst the 2016 election campaign, and private tweets from Assange show that the phrase “sadistic sociopath” was used in his description of Hillary Clinton. Special counsel Robert Mueller in July indicted 12 Russian military intelligence officers of conspiring to interfere in the 2016 U.S. presidential election by hacking into the personal and professional email accounts of top Democrats and turning them over to WikiLeaks. Assange has repeatedly denied that the Russian state was the source of the leaks regarding Clinton.

Because there is a clause in the UK-Ecuadorian extradition treaty that bars one country turning citizens over to the other, Assange’s Ecuadorian citizenship may have to be rescinded for extradition to occur.

A Trump administration that many had assumed would be friendly to Assange has been more critical in recent months.

In April, Attorney General Jeff Sessions hinted to the media that he would consider bringing criminal charges against Assange.

“We are going to step up our efforts and already are stepping up our efforts on all leaks,” Sessions said. “We will seek to put some people in jail.”

Former U.S. litigator Glenn Greenwald, founder of “The Intercept” website, believes that extradition to the United States would not be as automatic as is being reported by many news outlets. He calls the British government “subservient” to the United States, yet he points out that the British judges lean more independent. He also points out that the specifics of the U.S.-UK treaty may not allow extradition.

“Political crimes, like publishing documents and engaging in journalism—that really isn’t what extradition is for,” Greenwald said. “And in fact . . . is excluded from most extradition treaties, including the one between the U.S. and the UK.”

Freedom proponents, whistleblowers, libertarians, and government transparency activists all hope that extradition to the United States would eventually lead to a pardon from Trump. If Trump’s first-term maneuvers are any indication, however, that seems unlikely. Trump continues to appoint neoconservatives to key decision-making positions within the administration.

If Assange is extradited to the U.S., it will be a test for Trump. Americans will find out if the independent torch that he so boldly displayed throughout the 2016 campaign is still a reflection of his steadfast beliefs or if it was a façade. For Assange, his life is now in the balance, wavering like the First Amendment freedoms that Americans once thought were constitutionally guaranteed.

S.T. Patrick holds degrees in both journalism and social studies education. He spent 10 years as an educator and now hosts the “Midnight Writer News Show.” He would love to hear from readers at [email protected] He is also an occasional contributor to THE BARNES REVIEW (TBR) history magazine. For a sample copy of TBR, please send $2 to TBR, P.O. Box 15877, Washington, D.C. 20003 with your request. Editor’s choice. To subscribe to TBR magazine, send $56 per year inside the U.S. to above address. 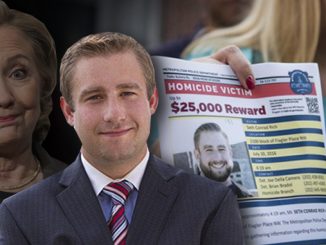 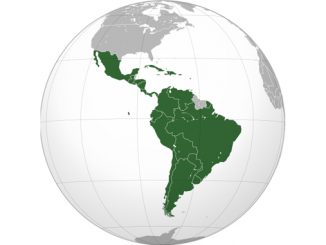