But such moments in the national limelight are exceptional. Or at least they were. But now history is coming for Wisconsin once again, with a vengeance. The Antifa-Black Lives Matter (BLM) statue smashers have been raising hell in Madison. State Street, the main drag of the University District, is boarded up. And now violence has erupted in Kenosha, where the police shot a black man, Jacob Blake, and protestors and looters responded with violence, arson, and looting. During the riots, 17-year-old Kyle Rittenhouse, an armed volunteer protecting property from looters, allegedly shot three people, in what appears in video footage to be in self-defense.

Across the United States we are seeing deaths, injuries, and widespread destruction of property—and ever-fewer signs of the rule of law. People like George Floyd and Blake were punished on the spot by police without having been convicted of anything. Some argue that they themselves were largely responsible: If you want your day in court, don’t resist arrest, and above all do not do anything that suggests to the police trying to arrest you that you might be going for a gun or a knife or another type of weapon.

Many of the protestors and rioters obviously have turned their back on the rule of law. Some protestors want to “cancel the police.” That would entail canceling the courts, burning the law books, and returning to the law of the jungle.

Some police, too, have given up on the rule of law. The bad cops who accept bribes from criminals, carry “ham sandwiches” (throw-down guns to use in the event they shoot an unarmed person), violate the Bill of Rights by kicking in people’s doors without a warrant, relish using excessive force, treat American civilians the way the Israelis treat Palestinians, and unite behind the “blue wall of silence” to protect other bad cops, may be America’s single worst enemy, though, hopefully, their numbers are small.

The warp and weave of our social fabric is frayed and tattered, on the brink of unraveling completely. Our civilization is on life support. If it perishes, and we are plunged into a new civil war, a war of all against all, future historians will play detective and ask: Who killed the rule of law?

Bad cops and their enablers are among the leading suspects. But if some cops disrespect the law, it is partly because the communities they are being paid to police disrespect it even more. The African-American community, which suffers from the worst crime rates of any ethnicity by a large margin, generally does not create a welcoming ambiance for the police who are tasked with dealing with the problem. And if law and order, and respect for its enforcers, is lacking in many black communities, whose fault is that? “Racism” is the knee-jerk answer. But if we peel the layers off the onion, we find that the African-American community has suffered horrific moral, spiritual, and economic damage due to absurdly high rates of birth-out-of-wedlock, and that this problem dates back to the 1960s, when government policies seemingly deliberately destroyed the black family by offering welfare to single moms but not to intact families.

So, another suspected murderer of the rule of law emerges: liberal social engineers.

At a deeper level, the rule of law has been sent to its deathbed by cowardly journalists, professors, lawyers, prosecutors, politicians, and others whose job is to seek out the truth and inform the public so that justice can be done. If Americans have given up on the rule of law, it is in large part because they have seen that their country is ruled by a systematically criminal Deep State that is never held accountable for its crimes. The murders of JFK, RFK, MLK, Malcolm X, Paul Wellstone, and other inspiring leaders were never properly investigated, much less prosecuted. The same is true of the 9/11-anthrax mass murders, the Gladio terror attacks,* the planned Operation Northwoods false-flag slaughter, the ongoing CIA control of the global drug trade, and many similar crimes.

The Jeffrey Epstein affair has driven home the lessons of the Franklin Scandal and posthumous revelations about FBI Director J. Edgar Hoover: America’s political elite is systematically blackmailed by criminal organizations linked to intelligence agencies. If America’s top cops are “owned” by the world’s biggest criminals, how can we hope to obtain justice through our legal system?

Some hope that if the right candidate or party wins in November, things will magically get better. But both parties’ leaders have been suggesting they won’t accept the results if they lose. A hotly contested election, followed by escalating chaos, could put the final nail in the coffin of the rule of law.

*GLADIO: NATO’S Dagger at the Heart of Europe by Richard Cottrell. Wet works, false flags, assassinations, and subversion plague Europe. NATO death squads masquerade as a rear guard against an alleged communist takeover, but are in reality a cancer poisoning democracy. NATO’s dirty war projects have included the Italian Strategy of Tension, the Red Brigades and Baader Meinhof/Red Army Faction, the Banco Ambrosiano scandal, the deaths of Italian ex-PM Aldo Moro, banker Roberto Calvi, media magnate Robert Maxwell, Swedish PM Olaf Palme, and “The Umbrella Murder,” the attempt on Pope John Paul II, sex snares, the Cyprus partition and genocide, the 1944 reintroduction of the Mafia into Sicily and the murders of the Kennedys. Softcover, 498 pages, $25 plus $4 S&H inside the U.S. from AFP, 117 La Grange Avenue, La Plata, MD 20646. 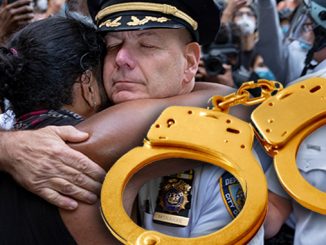 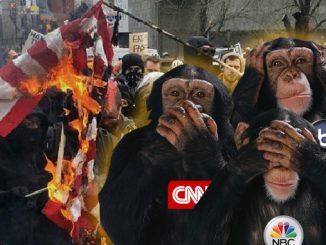