The violent supporters of Antifa and Black Lives Matter (BLM), with their mostly young white membership, continue to terrorize much of the country. By and large, the governors of those states, and the mayors of the individual cities, appear to support the protesters, even when they tear down statues and deface historical monuments, burn property, loot, and injure or kill others.

This is the most astounding aspect of an extraordinary situation: The “racist” authorities, against whom the protesters are seemingly marching, are openly siding with them and refusing to protect the businesses they destroy or the people they assault. One would expect the overlords of “institutional racism” to crack down hard on those who are calling them out.

Black Lives Matter and Antifa groups have begun extending their “peaceful” protests into quiet neighborhoods. Earlier this month, they marched through the upscale Georgetown section of Washington, D.C. late at night, shouting “Wake your ass up!” while banging pots. A protester with a megaphone shouted, “If we don’t get no justice, then you don’t get no sleep!” In a clash of virtue signaling, some of the protesters purposefully gathered in front of LGBT bars in Dupont Circle. Some yelled at outdoor diners and blasted them for not having the “f- – – ing decency” to fight for black transgender people.

One increasingly prevalent theme is for BLM marchers to shout at residents in such areas that, “Black people used to live here!” The underlying allegation seems to be that gentrification forced out minorities, and that somehow those living there presently “owe” them something because of that. In Seattle, BLM activists took this to an absurdly logical conclusion, and demanded that whites “give up” their homes. “Do you know that before your white ass came here, this was all black people?” a black male was videotaped saying. “Do you know people like you came in here and basically bought all the land from the black people for less than what it was worth, kicked them out so you could live here? Do you know that?” Another woman demanded that the residents “open their wallet” and “give black people back their homes!” Antifa members joined in, shouting “get the f…k out!” A business owner who called the police when protesters broke his window was called “racist,” and advised to “check your privilege.” The response on the part of Seattle’s city council was to approve the cutting of up to 100 police officers, which caused police chief Carmen Best to resign.

Less than two weeks after waking up inhabitants in the nation’s capital, protesters took their act to Portland, Ore. This time, the chant of choice was “Wake up, motherf- – – er, wake up!” Other chants included, “No cops, no KKK, no fascist USA,” and, “My neck, my back, we gonna take these streets back.” The protesters marched through residential areas and shut down the streets. This marked the 90th consecutive night of protests in the beleaguered city. One protester told reporters: “The goal right now is to disrupt the peace. If you’re here right now, you need to be loud. You need to be exhausted. Because we’re exhausted.” A grand total of three arrests were made by the defanged police, who were attacked with blinding green lasers, rocks, glass bottles, and paint balloons.

The invasion of formerly peaceful suburban areas has seemingly changed the nature of the debate about the continuous protests. Residents being disturbed, and in fear of being attacked themselves, are far less likely to sympathize with those doing the disturbing, no matter how dedicated they may be to political correctness. In Chicago, older black activists clashed with the BLM and Antifa protesters. One older resident declared, “Y’all don’t come out when the kids get shot. Y’all come out when it has something to do with the f- – -ing police. We out here every day watching our kids get their brains blown out, with no budget, no resources. Y’all motherf- – – ers getting all the resources, and you want to come over here and disrupt our neighborhood.” They noted that the police were likely to crack down on them when the younger activists left, saying, “Y’all see the riot gear? This the s- – – we gotta deal when y’all leave.”

As the months drag on, and videos of burning buildings and horrific assaults cannot be ignored, the public is slowly souring on the protests. Donald Trump appears to be rising in the polls, and a primary reason could be that Joe Biden is associated with supporting the protesters despite his lukewarm protestations to the contrary. As a recent headline in the Financial Times read, “Social Unrest Will Strengthen Trump’s Hand.”

These protests will leave behind an incalculable economic toll. And they have exposed how decades of infiltration into positions of power, especially in large cities, have left the country in the hands of those who don’t believe in civility, order or the rule of law. 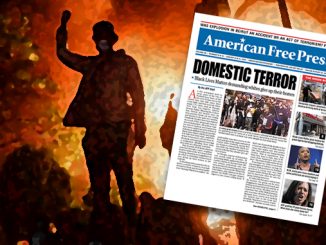 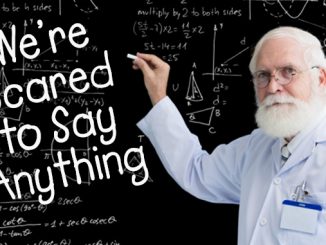