When it comes to cyberspace, Dr. Roberts says, “There is no such thing as cybersecurity.” He asks a question the mainstream media has (yet again) failed to ask about the malware (malicious software) stolen from the National Security Agency by hackers and deployed to unsuspecting computer users worldwide recently. Who did the NSA intend to use this powerful cyberweapon against?

There is no such thing as cybersecurity. The only choice is more security or less security, as the recent hack of National Security Agency (NSA) malicious software demonstrates.

Hackers stole from NSA a cyberweapon, which has been used in attacks at the time of this writing on 150 countries, shutting down elements of the British National Health Service, the Spanish telecommunications company Telefonica, automakers Renault and Nissan, Russia’s Interior Ministry, Federal Express, the energy company PetroChina, and many more.

The news spin is to not blame NSA for its carelessness, but to blame Microsoft users for not updating their systems with a patch issued two months ago. But the important questions have not been asked: What was the NSA doing with such malware, and why did NSA not inform Microsoft of the malware?

Clearly, NSA intended to use the cyberweapon against some country or countries. Why else have it and keep it a secret from Microsoft?

Was it to be used to shut down Russian and Chinese systems prior to launching a nuclear first strike against the countries? Congress should be asking this question, as it is certain that the Russian and Chinese governments are. As I previously reported, the Russian High Command has already concluded that Washington is preparing a nuclear first strike against Russia, and so has China.

It is extremely dangerous that two nuclear powers have this expectation. This danger has received no attention from Washington and its NATO vassals.

Microsoft president Brad Smith likened the theft of the NSA’s cyberweapon to “the U.S. military having some of its tomahawk missiles stolen.” In other words, with cyberweapons, as with nuclear weapons and short warning times, things can go wrong in a big way.

What if the hackers had successfully attacked the Russian Ministry of Defense or radar warning systems? Would the Russian high command have concluded that the cyberattack was Washington’s prelude to incoming ICBMs?

The fact that no one in Washington or any Western government has stepped forward to reassure the Russian government and demand the removal of the U.S. missile bases surrounding Russia indicates a level of hubris or denial that is beyond comprehension.

People born into a world where the ease of communication comes at the price of the loss of autonomy never experience privacy. They are unaware that a foundation of liberty has been lost.

In our era of controlled print and TV media, the digital revolution serves for now as a check on the ruling elite’s ability to control explanations. However, the same technology that currently permits alternative explanations can be used to prevent them. Indeed, efforts to discredit and to limit non-approved explanations are already underway.

The enemies of truth have a powerful weapon in the digital revolution and can use it to herd humanity into a tyrannical dystopia. The digital revolution even has its own memory hole. Files stored electronically by older technology can no longer be accessed, as they exist in an outdated electronic format that cannot be opened by current systems in use.

Humans are proving to be the most stupid of the life forms. They create weapons that cannot be used without destroying themselves. They create robots and free-trade myths that take away their jobs. They create information technology that destroys their liberty.

Dystopias tend to be permanent. The generations born into them never know any different, and the control mechanisms are total.

Dr. Paul Craig Roberts was assistant secretary of the U.S. Treasury under President Ronald Reagan and was associate editor and columnist at The Wall Street Journal. He has been a professor of economics in six universities, and is the author of numerous books available at the AmericanFreePress Bookstore. 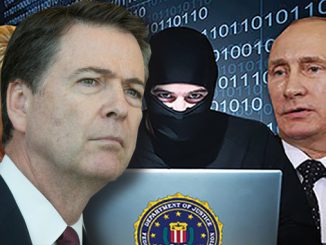