This is a true Santa Monica, Calif., story: I saw a white man wearing a Che Guevara t-shirt. I went up to him and said, “You know, Guevara was racist, called blacks dumb and lazy.” He said, “Really?” I said, “Google it.” As I walked away, it looked like he was looking it up on the internet—either that or calling 911.

“This virus has impacted almost every country. But there’s a reason it has hit America worse than any other advanced nation. It’s because of Trump’s failure to take it seriously.”—Kamala Harris, Aug. 12, 2020. Actually, Belgium, the U.K., Spain, Italy, and Sweden have more deaths per capita.

The same white anti-school choice “progressives,” who would never put their own kids in an inner-city public school but oppose school choice, also support “defunding the police” from the comfort of their own safe neighborhoods.

Joe Biden, who, long ago, announced his intention to choose a female running mate, found himself under tremendous pressure to name a female “of color” for vice president. He recently told a black radio host, “You ain’t black” if the host did not know for whom to vote by now. Days later, Biden said: “What you all know but most people don’t know, unlike the African American community, with notable exceptions, the Latino community is an incredibly diverse community with incredibly different attitudes about different things.” For those critical of Harris—who, in 2019, according to “GovTrack.us,” had a more liberal voting record than Bernie Sanders—count your blessings. Biden was about two insults against blacks away from picking Rep. Maxine Waters.

Portland, Ore. Mayor Ted Wheeler warned the rioters that they’ve become “a prop for the reelection campaign of Donald Trump.” Assaults on residents and property destruction couldn’t get the mayor to condemn the rioters. That took the prospect of Trump getting reelected.

Michelle Obama says “quarantine,” the “racial strife,” and the “hypocrisy” of the Trump administration are “dispiriting,” giving her “some form of low-grade depression.” The Obamas have good health, daughters in good schools, a $12-million pad in Martha’s Vineyard, and a net worth conservatively estimated at $40-$70 million, with a high trajectory given the Obamas’ youth and earning potential. Hardscrabble existence. But they manage.

Asked about John Lewis’s legacy, Trump said, “He didn’t come to my inauguration or my State of the Union speeches.” The president pulled his punch. Trump said nothing about Lewis’s vote for impeachment. Nor did Trump note that Lewis, in a 2019 Rolling Stone interview, pronounced Trump “racist.” And Trump could have recalled that Lewis once claimed tea party protesters called him an “nword.” Andrew Breitbart offered $100,000 for proof that any protester made the slur. Nobody ever collected.

“The California Supreme Court . . . agreed to lower the passing score for the bar exam, a victory for law school deans who . . . hoped the change would raise the number of black and Latino people practicing law.”—Los Angeles Times, July 26, 2020. Why doesn’t the same argument apply to medical doctors and airline pilots? When can we expect the National Basketball Association to lower the hoop to get more white players?

Guess what popular soft drink was invented by a Confederate officer wounded in battle? In fact, the reason Col. John Pemberton invented Coca Cola is that he wanted a substitute for morphine, to which he had become addicted after his war injuries.

Now what? “Today we witness with our own eyes police officers kneeling on the necks of black Americans.”— Barack Obama, July 30, 2020.

A fact to a liberal is like daylight to a vampire. For those unable to watch the 2020 Democratic National Convention, there were four themes: No. 1: Trump is a racist; No. 2: Trump is responsible for 185,000 American Covid-19 deaths; No. 3: Trump, practically with his own hands, executed George Floyd; No. 4: Repeat No. 1.

Let’s see if we have this straight. Seattle’s first and only black female police chief resigned after department funding is cut and her pay is reduced by Seattle’s all non-black city council in response to street protests about white privilege? Only in America. 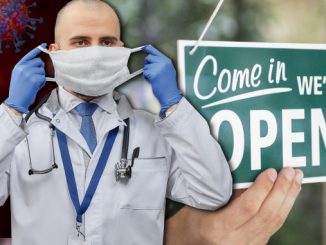 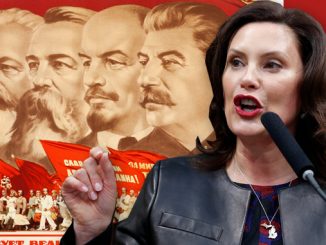