You can tell a lot about a person by who their friends are. Sometimes you can tell even more by examining their enemies. Amy Coney Barrett’s foes are legion, and increasingly hysterical. Their loathing for Judge Barrett, who seems like a generally decent person and competent judge, was the best argument for putting her on the U.S. Supreme Court.

So how will the world end? Nuclear war? Asteroid strikes? Solar flares? Alien invasions? Ecological catastrophe? Nope. It’s worse . . . much worse. Now that Judge Barrett has joined the Supreme Court, Earth and its population will perish due to—get this—a shortage of pornography!

How could Judge Barrett wreak such havoc? The Yahoo News article suggests that while “pornography” is protected by the First Amendment, “obscenity” is not, meaning that opponents of pornography “could hide behind the ludicrous argument of obscenity”—and Judge Barrett might support them.

In reality, what is ludicrous is the notion that either pornography or obscenity (or incitement, libel, blasphemy, blackmail, genuine threats, and so on) could possibly qualify as “protected speech” under the First Amendment. Judge Barrett, as a constructionist, correctly reasons that we should interpret the Bill of Rights along the lines of what its authors actually meant. Clearly, they did not mean to protect pornography; nobody in the 18th century could have even imagined anything that insane. The First Amendment was designed to protect meaningful, thoughtful discourse about matters of public import—political, philosophical, and religious discussion. It was designed to create a society in which people could and would speak truth to power. It was not designed to protect people who want to get rich through public degeneracy.

If pornography and obscenity are protected speech, Jeffrey Toobin should sue The New Yorker for violating his First Amendment rights, Jeffrey Epstein was a misunderstood free speech hero, and child pornographers who get caught are martyrs in the sacred cause of freedom of expression. Then after we get done tearing down the statues of the Founding Fathers, let’s erect monuments honoring people like Toobin, Epstein, Alan Dershowitz, Harvey Weinstein, Anthony Weiner, Michael Aquino, the Franklin Scandal pedophiles, Jacob Frank, Sabbatai Zevi, and the Marquis de Sade. Such are the panoply of heroes who exemplify the deepest values and aspirations of the perverted elite that dominates contemporary America.

Then again, we could always return to sanity, overthrow our perverted elite, and admit that pornography, like gambling and narcotics, is a debilitating vice that evil gangsters use to prey on ordinary people and turn them into addicts. After resurrecting vice squads and putting the filth-and-depravity profiteers out of business, we could get serious about helping people overcome their vices, purify their hearts and souls, and lead productive (and reproductive) lives.

Unfortunately, the “vice” that woke types are most worried about isn’t drugs, pornography, or prostitution—it’s “white supremacy.” The University of Minnesota has even instituted a 12-step recovery program for “white supremacy addicts”—meaning that vast majority of white people who don’t consider themselves racist. To “recover” from the debilitating addiction of not being racist, you basically just say “I guess I must be racist” and feel guilty forever.

Obligatory disclaimer: I am not related to Amy Coney Barrett. Nor do I support her. In fact, I think she probably ought to be sent to Guantanamo for taking money from the Mujahedin-e Khalq (MEK), the world’s most psychotic terrorist cult, while it was officially listed as a terrorist group by the U.S. government. But Judge Barrett is hardly unique in succumbing to the blandishments of the puppet-masters who created oxymoronic “Christian Zionism.” And her opponents don’t even care that she violated U.S. anti-terror laws by working for an Israeli-proxy terrorist group that has slaughtered 12,000 Iranian civilians. 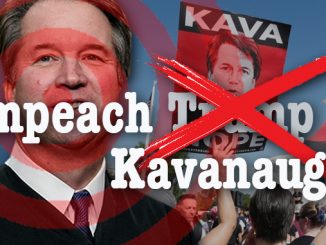 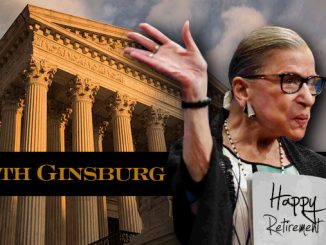