The Trump administration’s UAE-Israel accord may have actually sparked a dangerous arms race in the region, with Washington and Beijing poised to get a large slice of the profits from selling massive quantities of weapons to Arab nations.

The race may already have begun with China selling advanced missiles to the Saudis, but more concerning is the talk in some Arab nations, including Saudi Arabia and the UAE, about nuclear weapons technology.

Israel meanwhile is demanding more specialized weapons to help maintain its military edge over other countries in the region. The demand follows the deal with the UAE, which was secretly brokered with the promise to the UAE by Jared Kushner that it could buy America’s vaunted F35 fighters. Israeli Prime Minister Benyamin Netanyahu secretly agreed to the F35 purchases, which was the carrot used by Kushner and Netanyahu to persuade the UAE to make a diplomatic alliance with Israel. When news of the deal became public in Israel, the country’s generals and intelligence chiefs expressed horror at the prospect of an Arab state having F35s. Netanyahu, known for his cunning and propensity for deception, denied he had approved the F35 sales. He promised that Israel would require Washington provide it with more powerful weapons in order to maintain its military superiority over its neighbors.

All of this has motivated other nations to begin to upgrade their arsenals. The Saudis in particular have a special relationship with President Trump and his son-in-law, Jared Kushner. Saudi Arabia is a big buyer. In May, President Trump sidestepped Congress to sell the UAE, Jordan, and the Saudis weapons worth $8 billion. The Saudis at the same time had been secretly negotiating with China to purchase upgrades to their ballistic missile systems. Some reports suggested that news of the Chinese missile deal came as a surprise to Washington.

The prospect of flooding the region with more weapons was applauded by Sen. Tom Cotton (R-Ark.), who thinks the Israel-UAE deal was good for business because it will mean more sales of U.S. weapons to other Arab states, aside from the obvious ones. Cotton has become one of the neoconservative poster boys who probably believes that a war with Iran would also be good for the arms business.

The problem is not the weapons that many Arab states are trying to acquire, since the Saudis and the UAE accounted for 20% of all U.S. arms sales from 2013 to 2017. It is the fact that they now want access to America’s most advanced systems, including drones capable of delivering missiles and bombs to targets across the region. The Arab states know that Washington will sell them what they want rather than letting the business go to Russia or to China, which is rapidly becoming a major weapons manufacturing power.

According to recent figures, China has quickly become the second largest global arms manufacturer and is also one of the biggest exporters. Drones it sold to the Saudis and the UAE have been used in the Yemen conflict leading to charges that China supported war crimes against the Yemeni population.

While this scramble to purchase more weapons will undoubtedly encourage the likes of Iran, Iraq, and their allies to follow suit, it is the talk in some quarters about nuclear weapons that should be most concerning. The only nuclear power in the region is Israel, and its nuclear arsenal is one of the worst kept secrets of all time; American presidents are forbidden from mentioning it. While the UAE continues to build nuclear power stations, it has not ruled out the prospect of converting one of them to make uranium. In December 2019, the Times of Israel warned that the UAE’s nuclear power ambitions could lead to a nuclear arms race.

But it is Saudi Arabia, under the leadership of impetuous Mohammed bin Salman, that may have the biggest nuclear ambitions. Numerous reports have confirmed that the Saudis have been running a yellowcake facility, built with help from China. It could be a first step toward generating uranium used in the manufacture of nuclear weapons. The White House and Secretary of State Mike Pompeo have refused to discuss anything related to nuclear issues in respect of Saudi Arabia. It is well known that the Saudis bankrolled Pakistan’s nuclear program and in return were assured that if they ever needed to build their own nukes, Pakistani technical know-how would be available.

Turkey has been watching all the weapons purchases, and it would not take much for this NATO member to break from the Alliance as France once did and create its own nuclear arsenal. Turkish Prime Minister Tayyip Recep Erdogan has already made it clear that he believes Turkey has the right to become a nuclear weapons power. Erdogan has pointed to the fact that Israel, which is a relatively close neighbor, gets its geopolitical power from having nukes. It is likely if the Turks had evidence the Saudis were preparing to develop a nuclear weapon, Turkey would move swiftly to acquire its own nuclear arsenal, perhaps with help from Russia.

In the midst of celebration about recent peace deals in the Mideast, one must remember that, in that long-troubled region, peace can also exacerbate the potential for more fighting among neighbors. 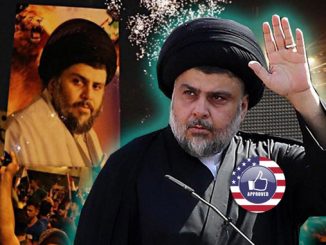 From Terrorist Assassin to Savior