Finally, mainstream media has started questioning Snopes, which has become the go-to site for fact-checking for a broad segment of America.

A Roman expression from a treatise dating back to AD 100 asks a valid question that remains just as vital today: “Who watches the watchmen?” In an era when “fake news” has become a household expression to describe contrived media stories, the journalistic establishment has long relied on “Snopes.com” to serve as the go-to site for fact-checking. Now, as the culture has gotten more politically divided, so has Snopes. Because of that societal hard-left turn, many conservative media outlets are charging that Snopes should be the last entity tasked with demarcating truth from fiction.

Snopes was started in 1994 by David and Barbara Mikkelson. It began as the “Urban Legends Reference Pages,” digging into the truths and lies behind some of the most oft-told myths in American folklore. But what began as exposés on “Bloody Mary,” “Hookman,” and “The Spider Bite” turned into fact-checking current news items and alternative research the site labeled as “conspiracy theories.” Snopes became more popular and more widely used by news organizations as the site expanded. While its initial funding source is a mystery, as recently as 2016, its funding came solely from advertising revenue, yet in recent years it has taken gifts from the James Randi Educational Foundation (which serves to debunk paranormal research) and it has opened a Go- FundMe campaign, which raised over $500,000 in less than 24 hours.

As CBS news anchor Walter Cronkite was once “The Most Trusted Man in America,” Snopes was on its way to becoming “The Most Trusted Site in America.” Then the layers began to peel away, and the core seemed more and more rotten. Snopes has always had a contentious relationship with those the mainstream media calls “conspiracy theorists.” The website rates most stories “True,” “False,” or “Unproven.” By choosing which angle of a story is fact-checked, anything resembling a story not hand-stamped by the mainstream media will be assigned a “False” or “Unproven” rating. From the JFK assassination to 9/11 to the Roswell UFO crash to the death of Clinton aide Vince Foster, any research or idea deviating from the established narrative will be dismissed by Snopes.

Websites such as “Breitbart” and the UK’s Daily Mail, which have been victims of Snopes’s truth gavel, have decided it a worthy endeavor to look into just who these arbiters of truth actually are. What they did not find was a group of stuffy academics, selfishly protecting their grant money from cozy ivory towers. Instead, they found fraud, prostitutes, and escort-porn stars.

The Mikkelsons were embroiled in a nasty divorce that lasted over two years. In those proceedings, Barbara accused David of raiding the business accounts, embezzling $98,000 “which he expended upon himself and the prostitutes he hired.” She also accused her ex-husband of spending tens of thousands of dollars to fly his “girlfriend” around the world. David’s attorneys said Barbara was a “loose cannon.”

Kim LaCapria was, until recently, a principal fact-checker for the Snopes website. She was a final word on deciding whether certain stories are “fact” or “fake news.” LaCapria was once a sex blogger, writing under the pseudonym “Vice Vixen” and offering advice on domination and sex toys. LaCapria once posted that on her day off from Snopes she “played Scrabble, smoked pot, and posted to Snopes.” To clarify, she then added, “That’s what I did on my day ‘on,’ too.”

Recently, Snopes has been embroiled in a war with a self-described “satirical evangelical Christian website,” the “Babylon Bee.” The Babylon Bee used satire to openly mock the fact that Snopes actually attempted to fact-check their satirical website—and did so often. To be clear, this is like fact-checking the accuracy of the equally satirical website “The Onion” or a timely joke from a stand-up comic.

In one now-famous case of overzealousness, Snopes fact-checked a post from the Babylon Bee’s Facebook page. It read, “CNN Purchases Industrial-Sized Washing Machine to Spin News Before Publication.” Facebook sent the Babylon Bee a warning letter, chiding them for posting something that had been declared “false” by the “independent fact-checker” Snopes.

Snopes’s efforts would be laughable and would resemble a parody of fact-checkers, themselves, if they weren’t used by such organizations as ABC News, the Associated Press, and Facebook (until February, when Snopes pulled out of the Facebook partnership after a few embarrassing mishaps, including the Babylon Bee tussle). It was prescient to ask who watches the watchmen. In a society where all sides of all debates are now in a death-struggle to define “truth,” it matters who holds the lanterns to the paths in the night. 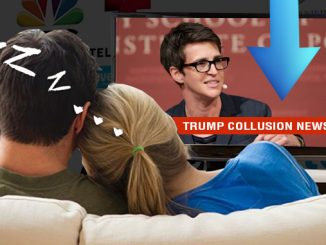