America’s UN Ambassador Nikki Haley continues to make the U.S. look ridiculous and make public statements that do not agree with established U.S. foreign policy. When will President Trump rein her in or, better yet, replace her in this position that should truly represent the United States to the world?

Informing Iran, “The U.S. is watching what you do,” Ambassador Nikki Haley called an emergency meeting Friday of the Security Council regarding the riots in Iran. The session left her and us looking ridiculous.

France’s ambassador tutored Haley that how nations deal with internal disorders is not the council’s concern. Russia’s ambassador suggested the United Nations should have looked into our Occupy Wall Street clashes and how the Missouri cops handled Ferguson.

Fifty years ago, 100 U.S. cities erupted in flames after Martin Luther King’s assassination. Federal troops were called in. In 1992, Los Angeles suffered the worst U.S. riot of the 20th century, after the LA cops who pummeled Rodney King were acquitted in Simi Valley.

Was our handling of these riots any business of the UN?

Conservatives have demanded that the UN keep its nose out of our sovereign affairs since its birth in 1946. Do we now accept that the UN has authority to oversee internal disturbances inside member countries?

Friday’s session fizzled out after Iran’s ambassador suggested the Security Council might take up the Israeli-Palestinian question or the humanitarian crisis produced by the U.S.-backed Saudi war on Yemen.

The episode exposes a malady of American foreign policy. It lacks consistency, coherence, and moral clarity, treats friends and adversaries by separate standards, and is reflexively interventionist.

Thus has America lost much of the near-universal admiration and respect she enjoyed at the close of the Cold War.

This hubristic generation has kicked it all away.

Consider. Is Iran’s handling of these disorders more damnable than the thousands of extrajudicial killings of drug dealers attributed to our Filipino ally Rodrigo Duterte, whom the president says is doing an “unbelievable job”?

And how does it compare with Gen. Abdel el-Sissi’s 2012 violent overthrow of the elected president of Egypt, Mohammed Morsi, and Sissi’s imprisonment of scores of thousands of followers of the Muslim Brotherhood?

Is Iran really the worst situation in the Middle East today?

Hassan Rouhani is president after winning an election with 57% of the vote. Who elected Mohammed bin Salman crown prince and future king of Saudi Arabia?

Vladimir Putin, too, is denounced for crimes against democracy for which our allies get a pass.

In Russia, Christianity is flourishing and candidates are declaring against Putin. Some in the Russian press regularly criticize him.

How is Christianity faring in Saudi Arabia and Afghanistan?

It is alleged that Putin’s regime is responsible for the death of several journalists. But there are more journalists behind bars in the jails of our NATO ally Turkey than in any other country in the world.

When does the Magnitsky Act get applied to Turkey?

What the world too often sees is an America that berates its adversaries for sins against our “values,” while giving allies a general absolution if they follow our lead.

A day has not gone by in 18 months that we have not read or heard of elite outrage over the Kremlin attack on “our democracy,” with the hacking of the DNC and John Podesta emails.

How many even recall the revelation in 2015 that China hacked the personnel files of millions of U.S. government employees, past, present and prospective?

While China persecutes Christians, Russia supports a restoration of Christianity after 70 years of Leninist rule.

China’s annexation of the Paracel and Spratly Islands and the entire South China Sea is meekly protested, while Russia is endlessly castigated for its bloodless retrieval of a Crimean peninsula that was recognized as Russian territory under the Romanovs.

China, with several times Russia’s economy and 10 times her population, is far the greater challenger to America’s standing as lone superpower. Why, then, this tilt toward China?

Among the reasons U.S. foreign policy lacks consistency and moral clarity is that we Americans no longer agree on what our vital interests are, who our real adversaries are, what our values are, or what a good and godly country looks like.

Was JFK’s America a better country than Obama’s America?

World War II and the Cold War gave us moral clarity. If you stood against Hitler, even if you were a moral monster like Joseph Stalin, we partnered with you.

From Winston Churchill’s “Iron Curtain” speech in 1946 to the end of the Cold War, if you stood with us against the “Evil Empire” of Reagan’s depiction, even if you were a dictator like Gen. Pinochet or the Shah, you were welcome in the camp of the saints.

But now that a worldwide conversion to democracy is no longer America’s mission in the world, what exactly is our mission?

“Great Britain has lost an empire,” said Dean Acheson in 1962, “but not yet found a role.”

Something of the same may fairly be said of us today. 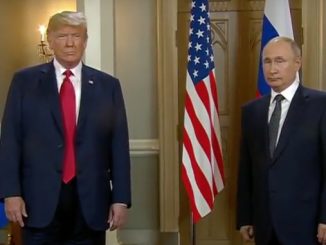 How to Start a World War 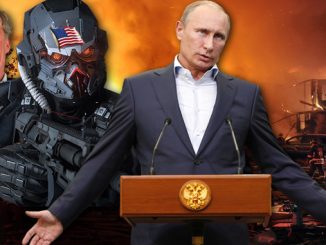 2 Comments on What Is America’s Mission Now?